When Mumtaz Mahal, the beloved third wife of mogul Shah Jahan died giving birth to his 14th child in 1631, Shah Jahan decided to respect her last wish to be buried below white marble. Going all the way, over the next 22 years he built the Taj Mahal, with 20’000 workers involved, many of them specialists brought from far away to create the beautiful buildings, marble carvings and marble inlay work. With its 14m rupees cost, the construction practically bankrupted the mogul empire for the next few years. So when Shah Jahan started to build a black taj across the river for himself, his youngest son and leader of the army unthroned him and took over as mogul (killing two of his brothers to make sure his power grab was secured). At least his father got imprisoned in the Agra Fort with a nice view to the Taj. Also we saw his rooms, they were not too shabby…

They say sunrise is the best time to visit the Taj, for the light and lower crowds. Which end up queuing all at the gate before opening time, and with very few security for the entrance check (1 single female guard was checking all the ladies), the sun is already up before I make it. Dorin has more luck and gets some first nice pics. The whole setup is amazing, already the entrance gates and side buildings are impressive, as is the overall layout with its symmetrical ornamental gardens and waterways. They Taj itself is breathtaking, truly the most beautiful building we have ever seen!

Beside the Taj, we also visit the other two Unesco World Heritage Sites, the immense Agra Fort and the ruined city of Fatehpur Sikri. Also the baby Taj, a Mausoleum built by Shah Jahan’s mogul father for his in-laws. Likely he was strongly encouraged by his wife to do so 🙂 It‘s the first Mughal structure built completely from marble and is very delicately decorated with marble inlays and marble lattice screens. Agra Fort was built in 1565 by Mughal Akbar, a massive red-sandstone fort. Only part of it is open for visitors, much of the fort is still used by the Indian army. The fort has two moats, the outer wet moat filled with crocodiles, the inner dry moat where tigers roamed. The buildings inside the fort are beautiful and show an interesting combination of Muslim and Hindu architecture, as the most important of Akbar‘s wives was the Hindu wife. Fatehpur Sikri was the short-lived capital of the Mughal empires between 1571 to 1585, built by Akbar to be close to the holy man who predicted the birth of an heir to the Mughal throne. After suffering from water shortage, they soon moved the capital back to Agra.

Later we watch Jodhaa Akbar, a Bollywood movie with Aishwarya Rai and Hrithik Roshan that gives a historically not fully accurate picture of the lives of muslim emperor Akbar and his Hindu wife Jodhaa, but is fun to watch and shows many of the places we have seen. 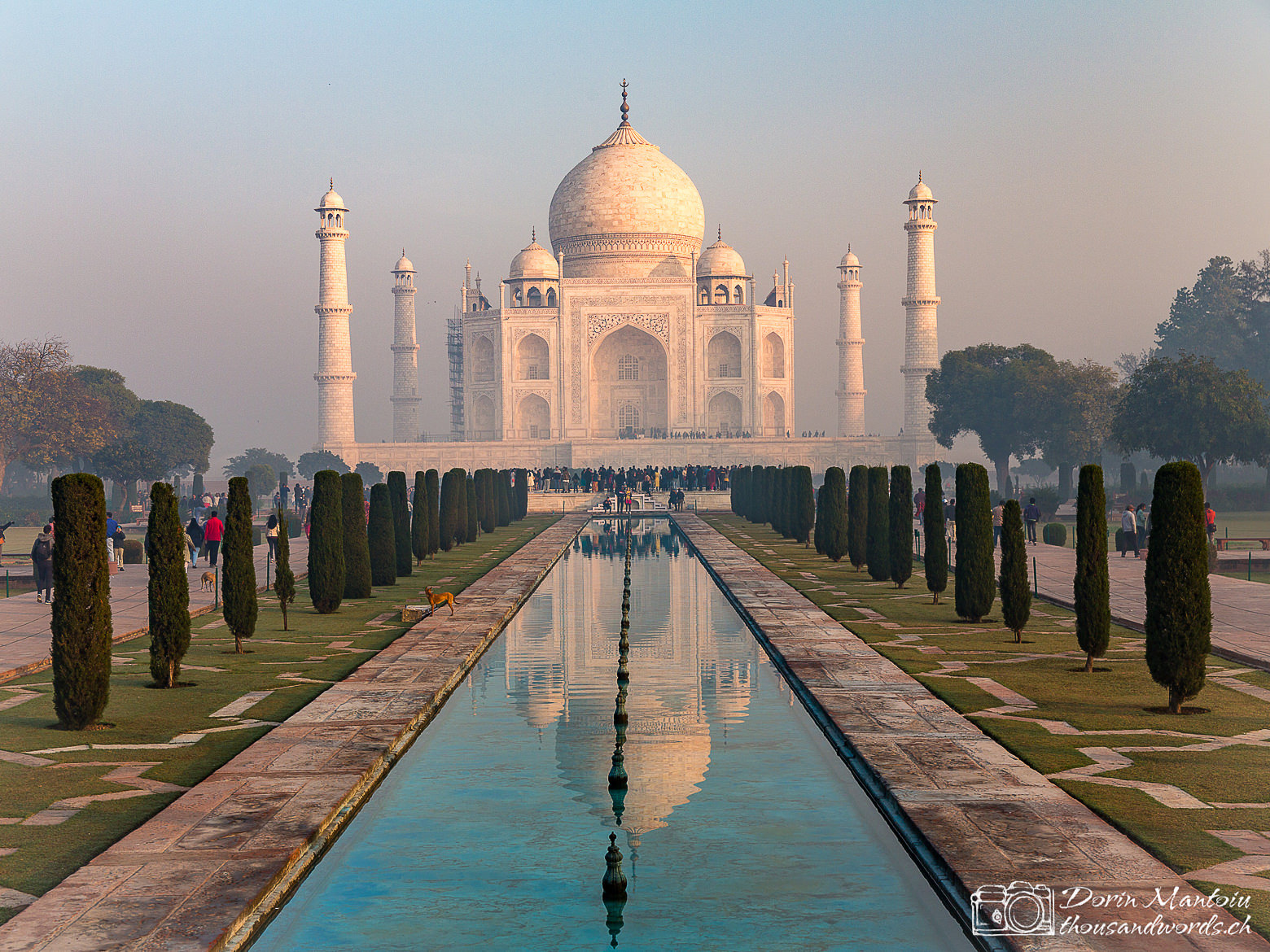 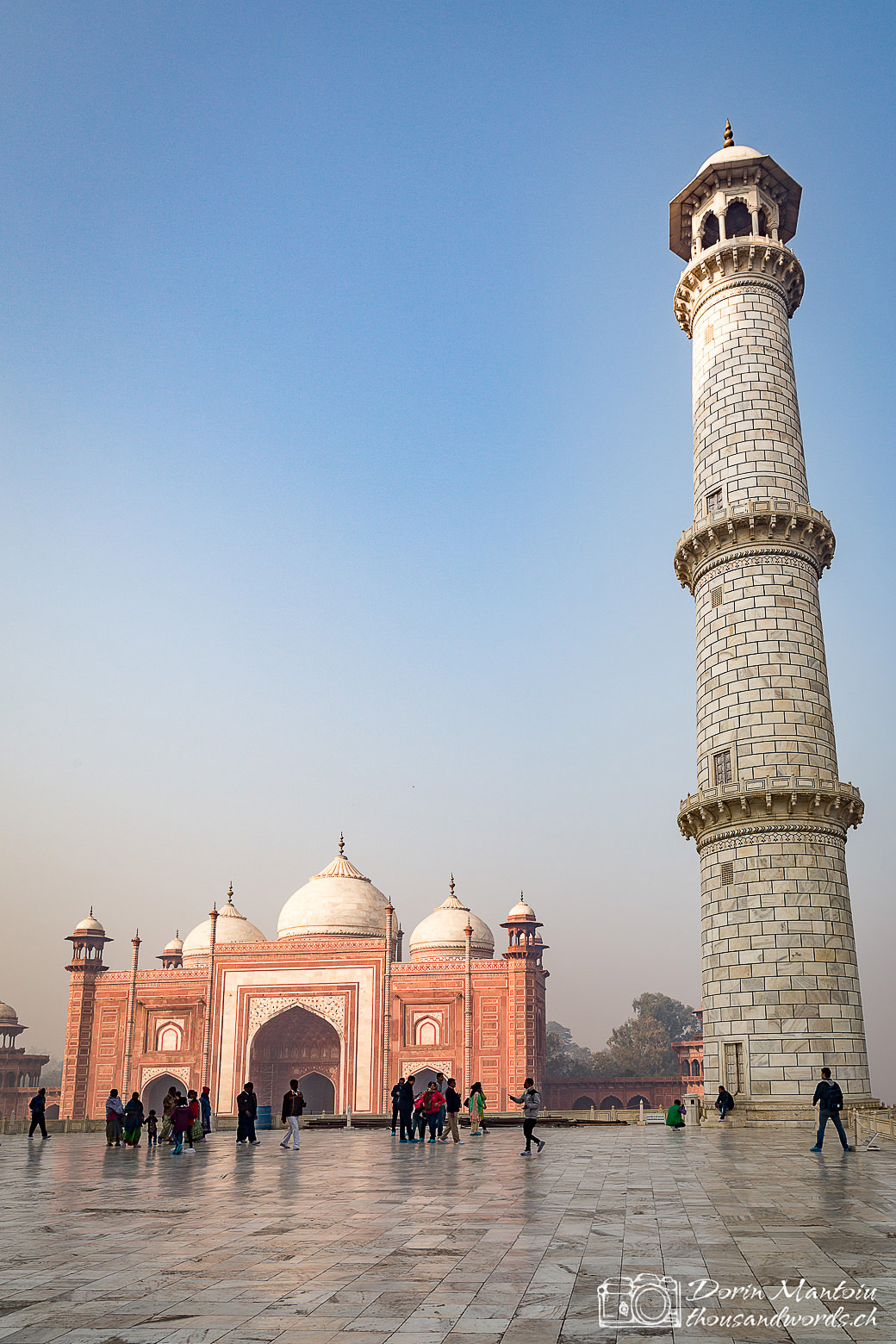 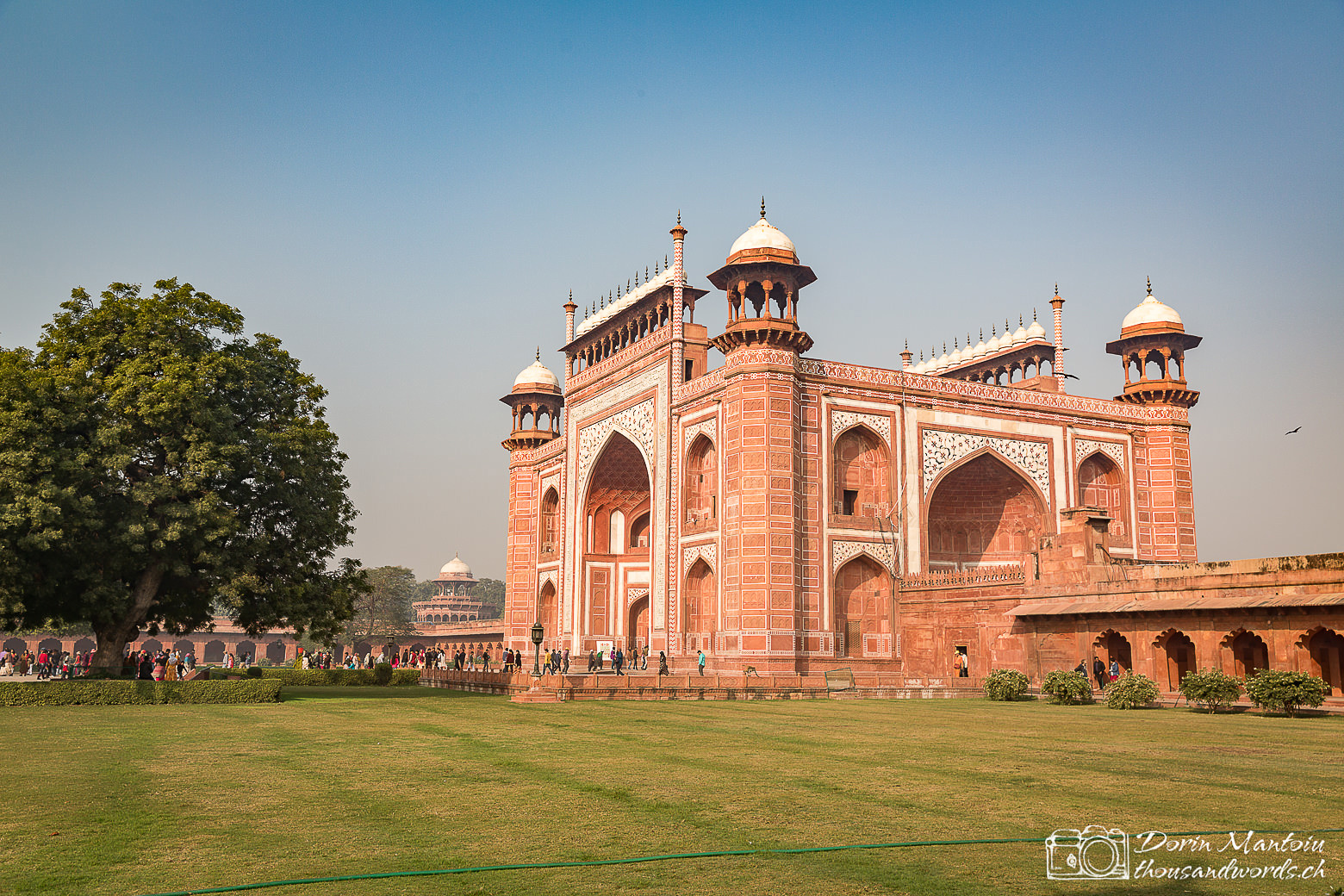 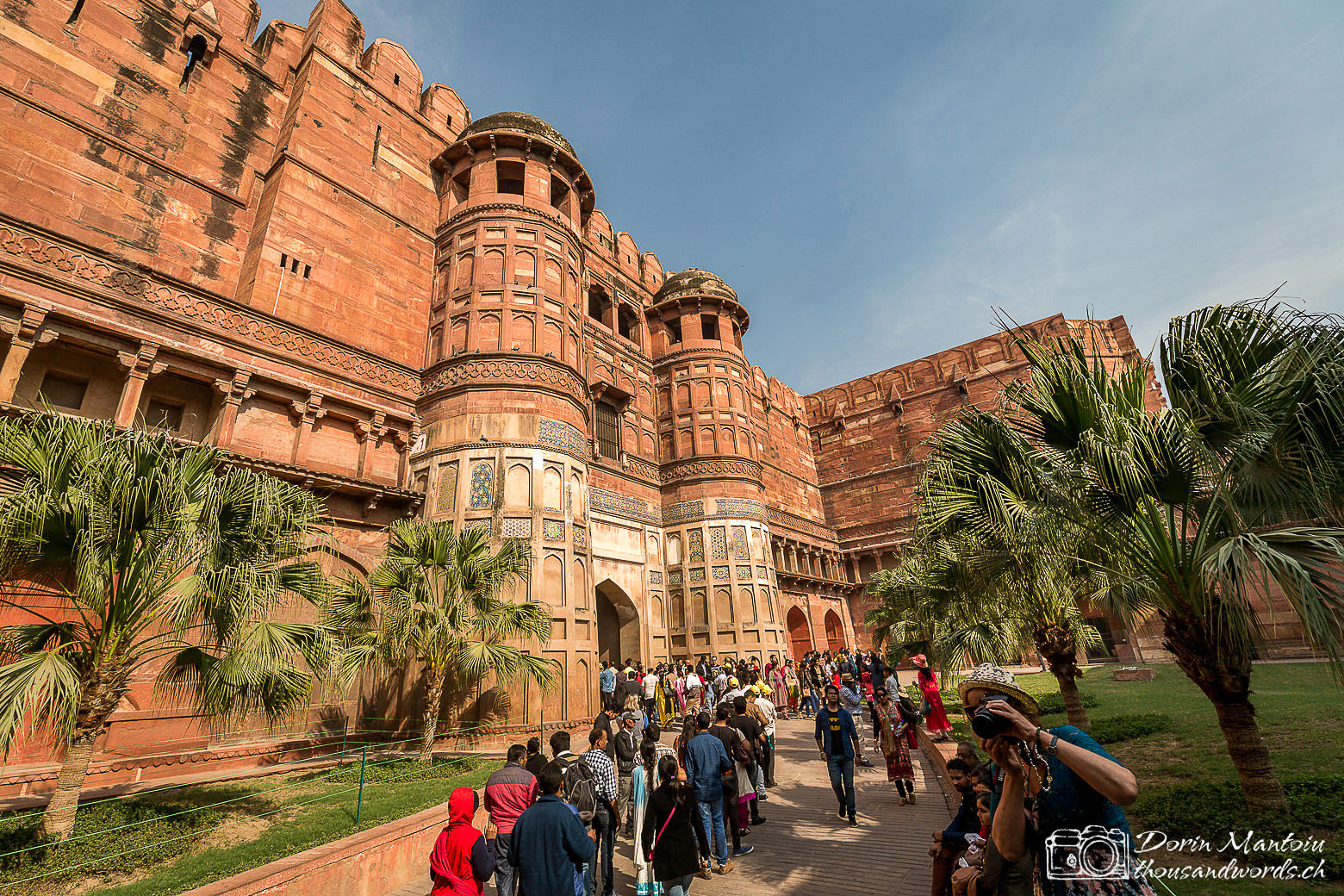 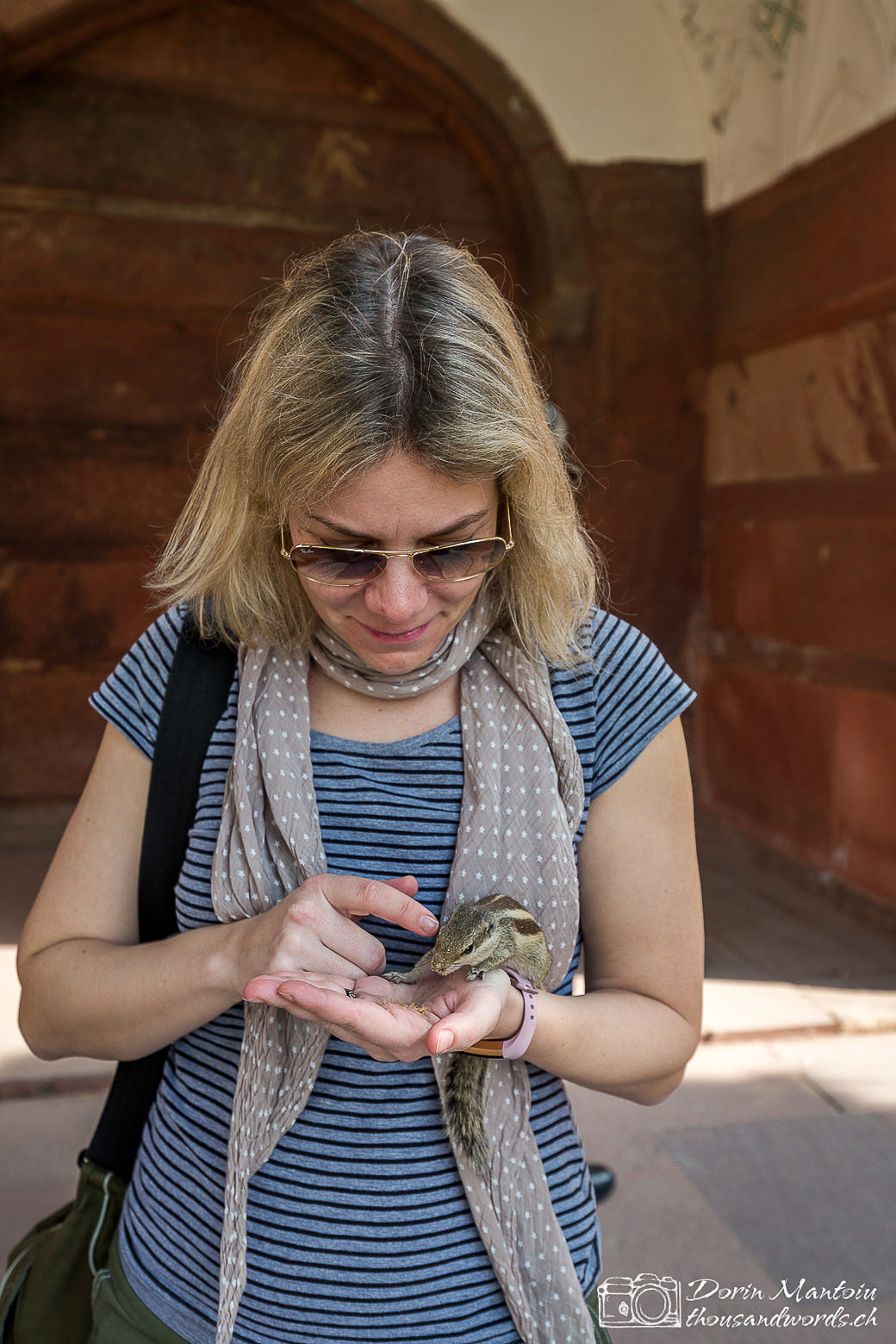 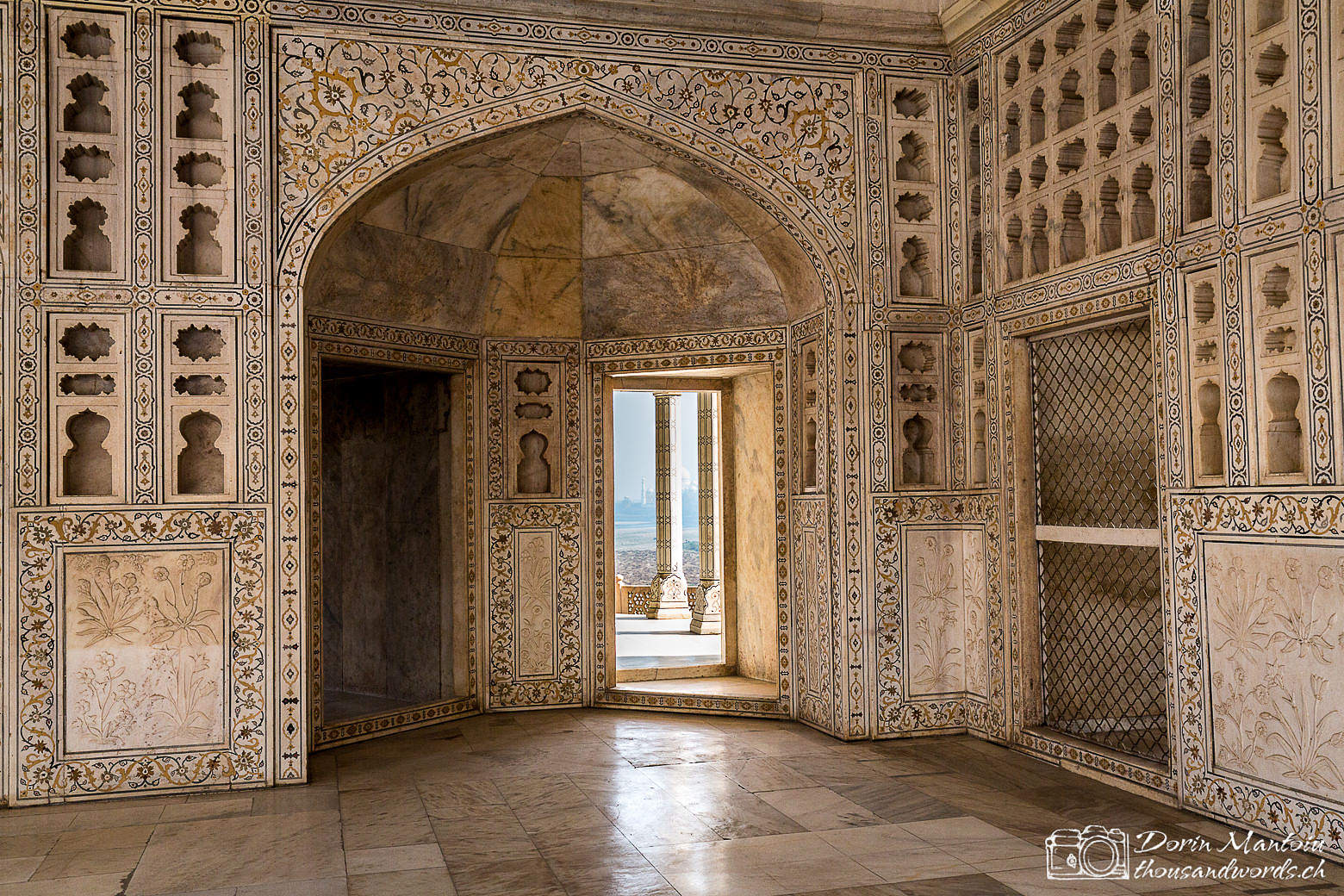 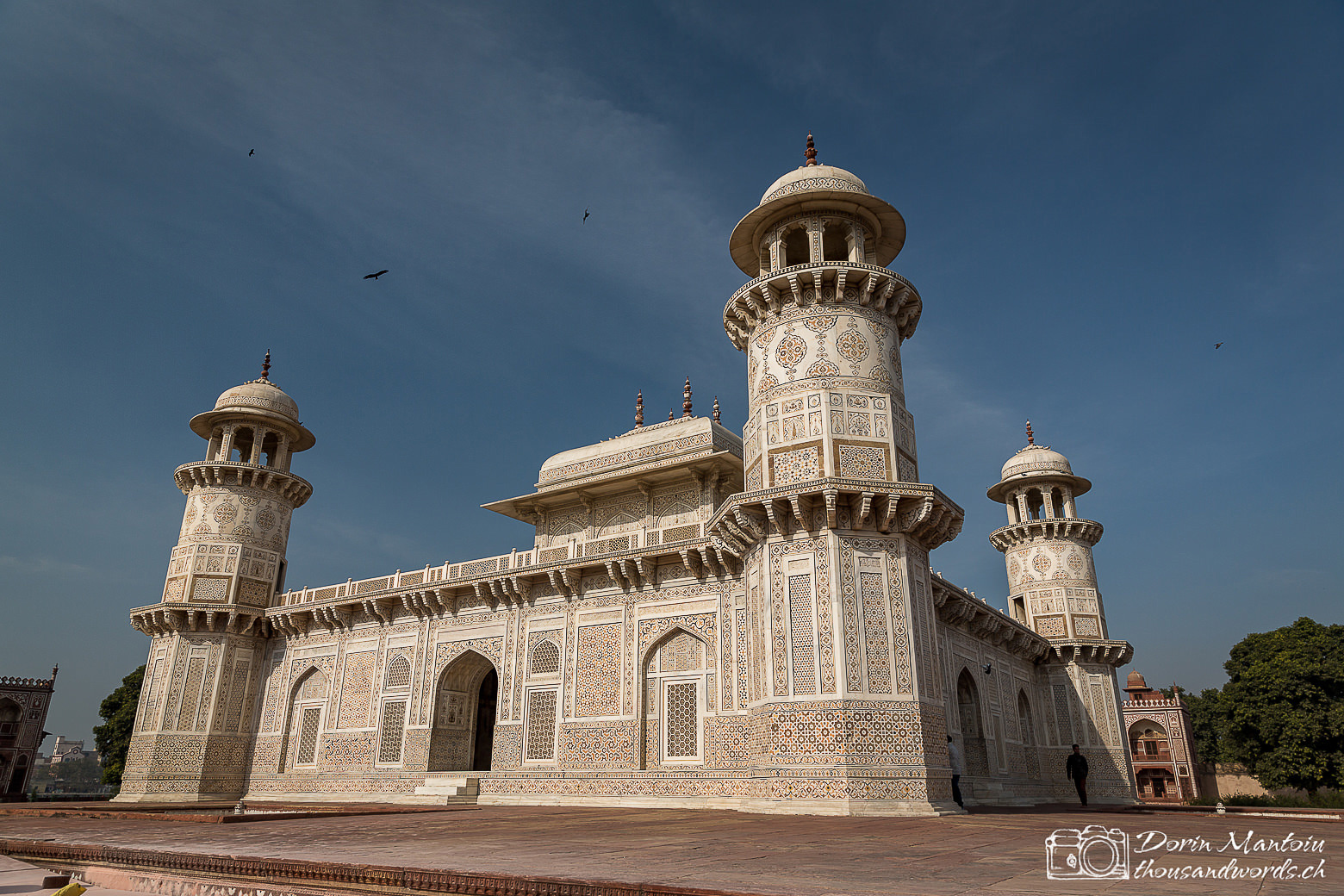 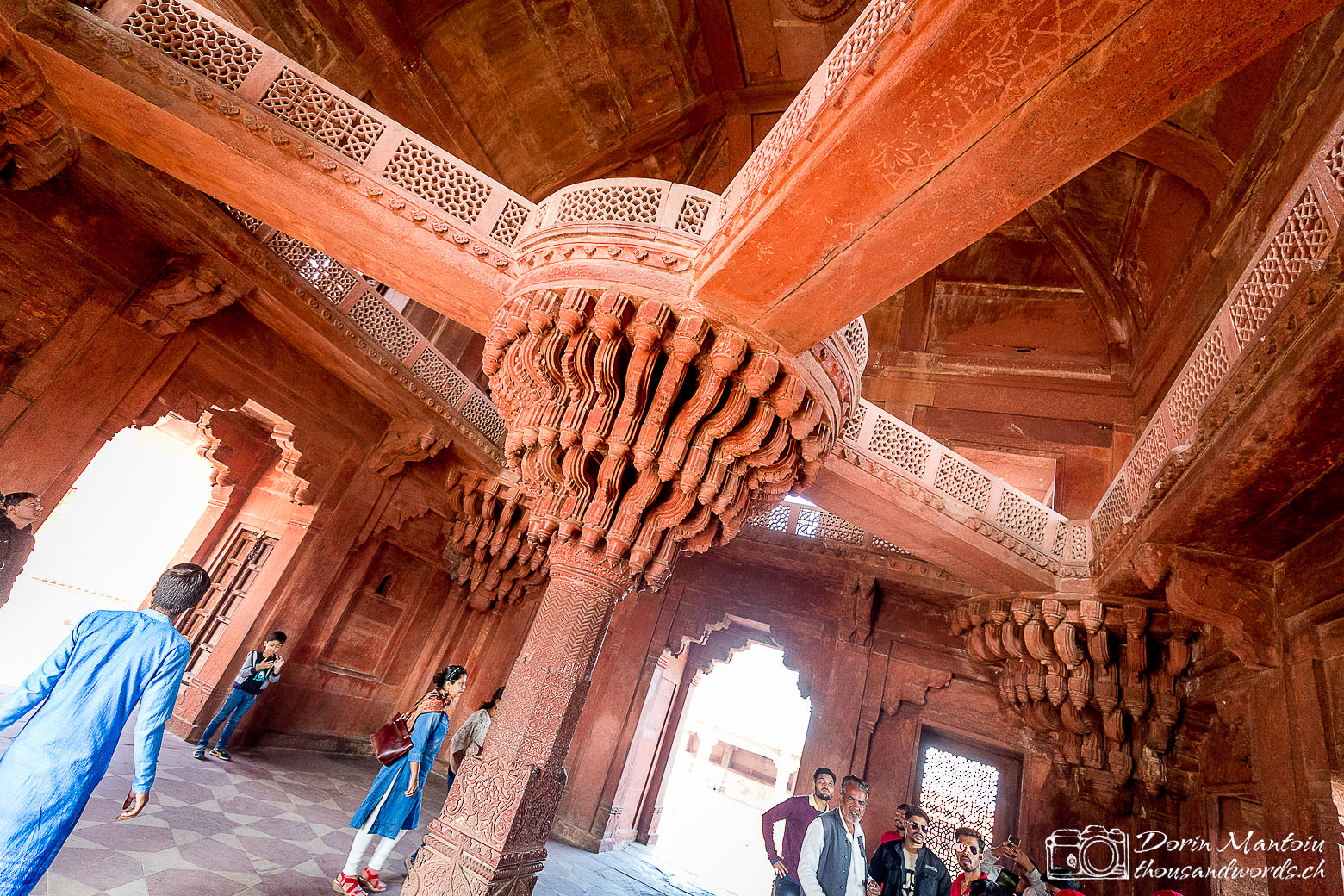 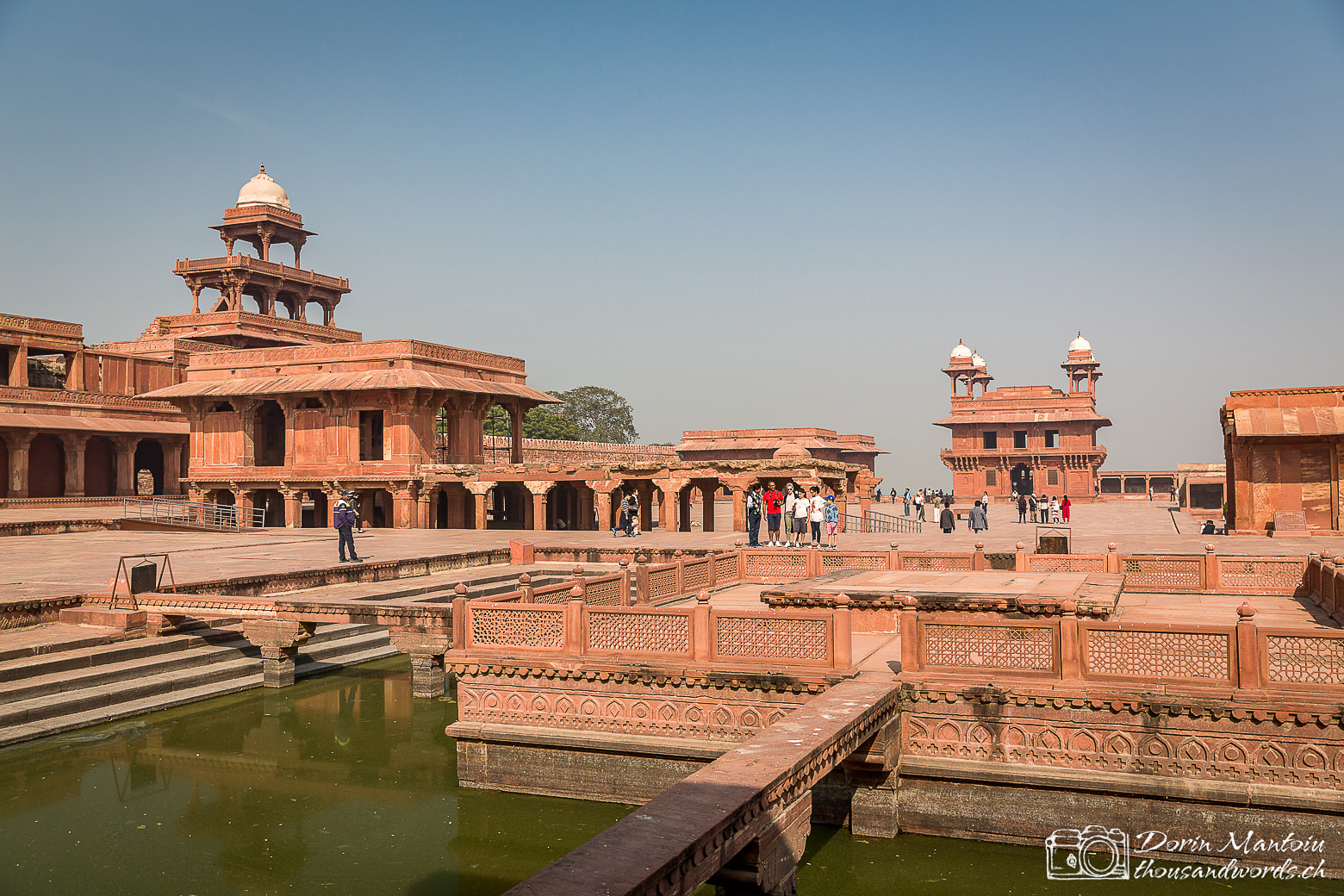 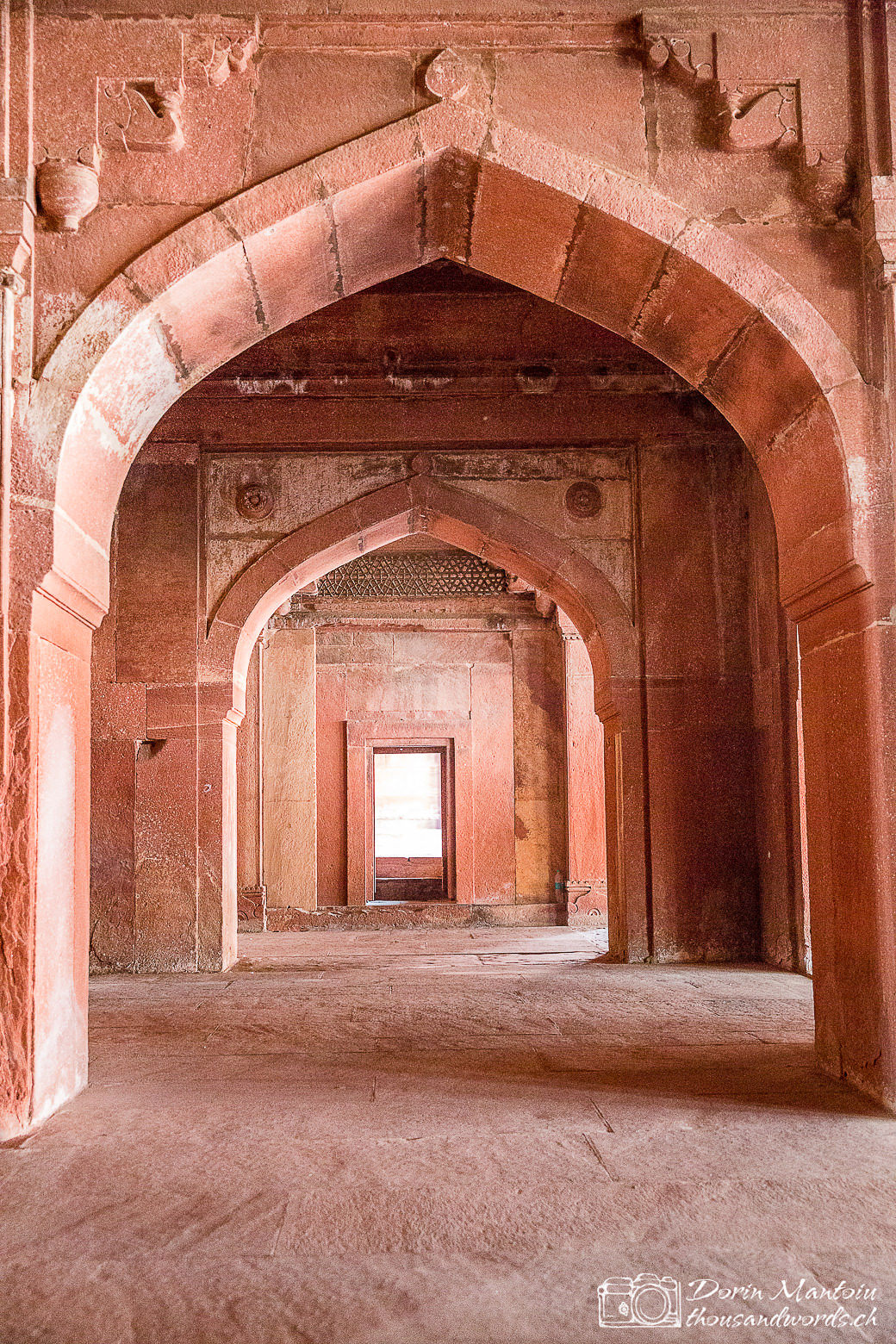 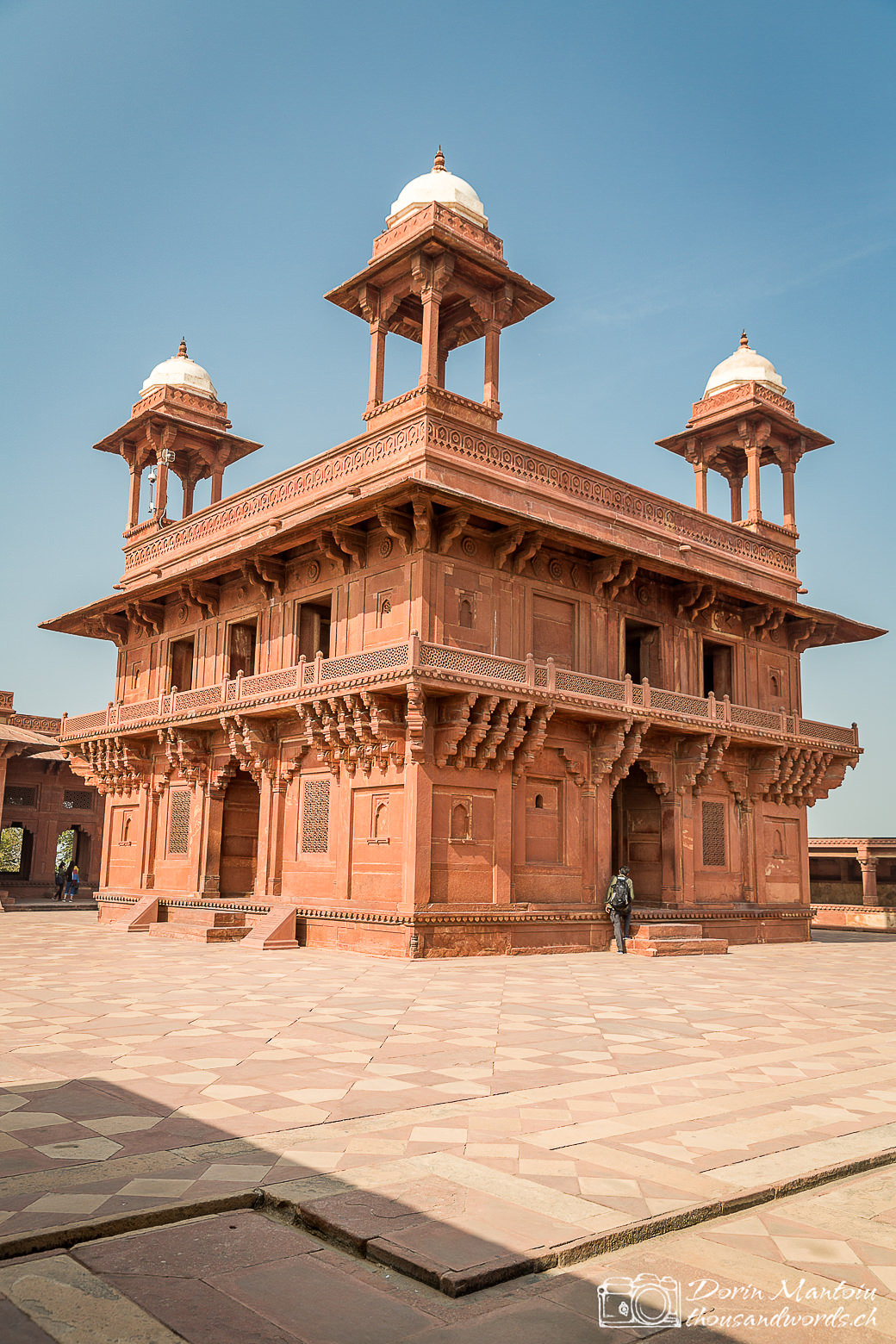 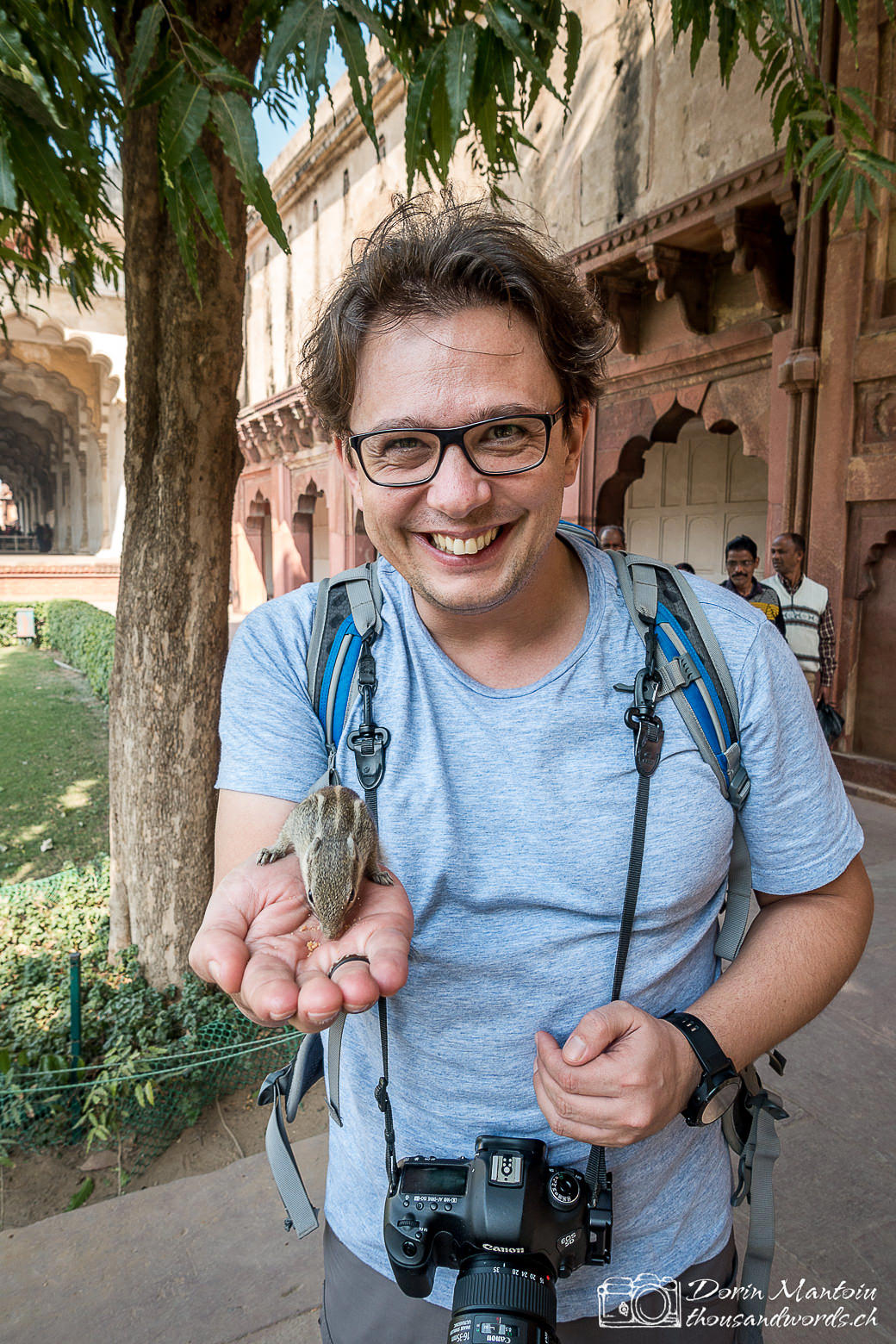 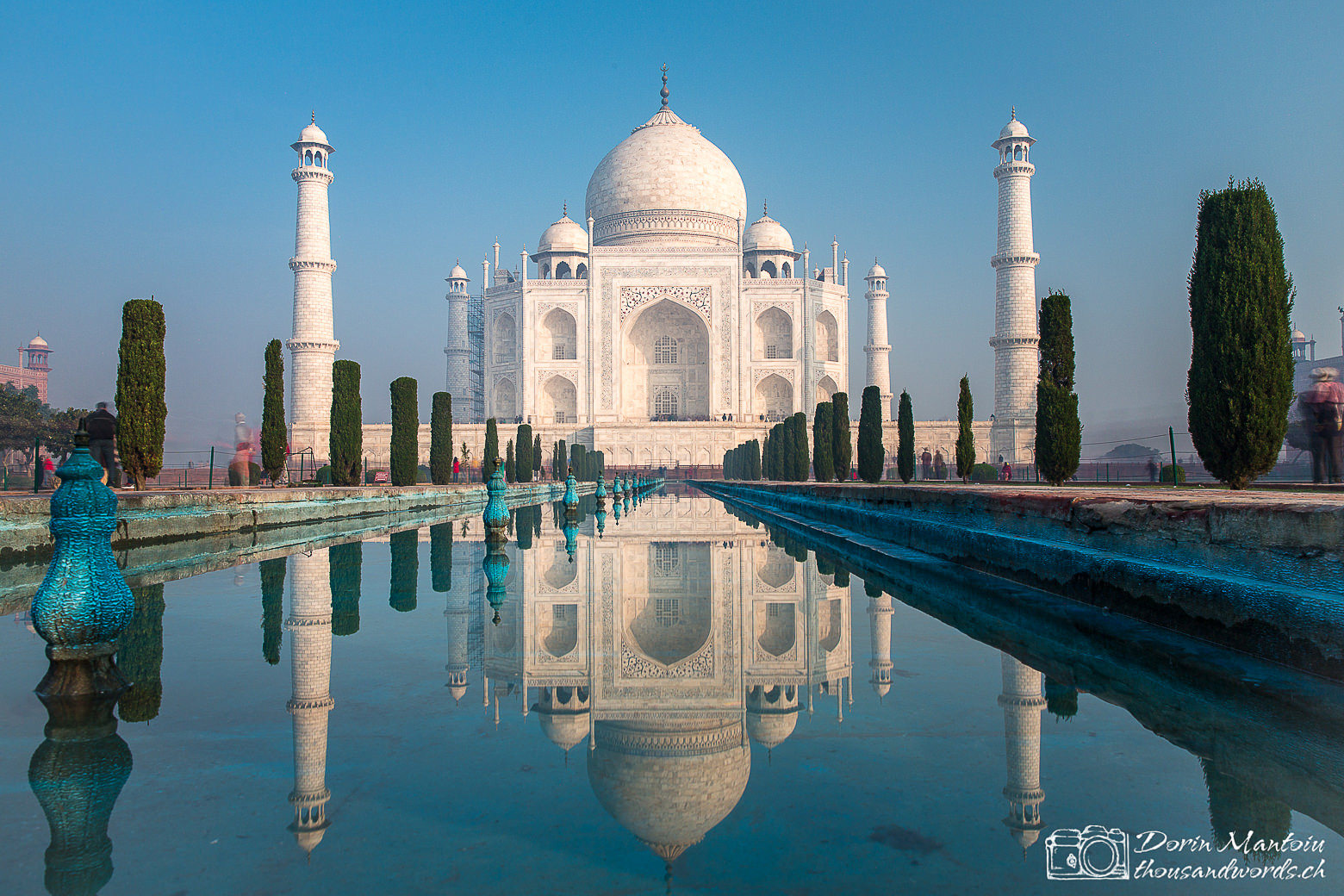