Out of the highlands into the Golden Circle where all the other tourists are. The Golden Circle is three popular attractions close enough to Rekjavik that they can be done in a single day trip, Thingvellir, Geysir and Gullfoss. First on our route is Gullfoss. Or the Gullfoss visitor center, we are starving. Gullfoss itself is a very nice waterfall, yet it is another waterfall… Next is Geysir where every 5-10 minutes the hot spring shoots a 30m plume. Almost as enjoyable, the excitement around the pool: it’s bubbling, now it will come, och not yet, but now and ohhhhhh. Some clapping is happening as well. And every time some new joiners on the wrong side of the pool getting drenched by the falling water. At Laugarvatn we enjoy our time in the hot pools and steam rooms at Fontana, fed by a naturally occurring vent below. First time this day not being cold. Sleeping is in Hotel Edda, a boarding school that opens as a hotel during summer months. It still smells like a school though. 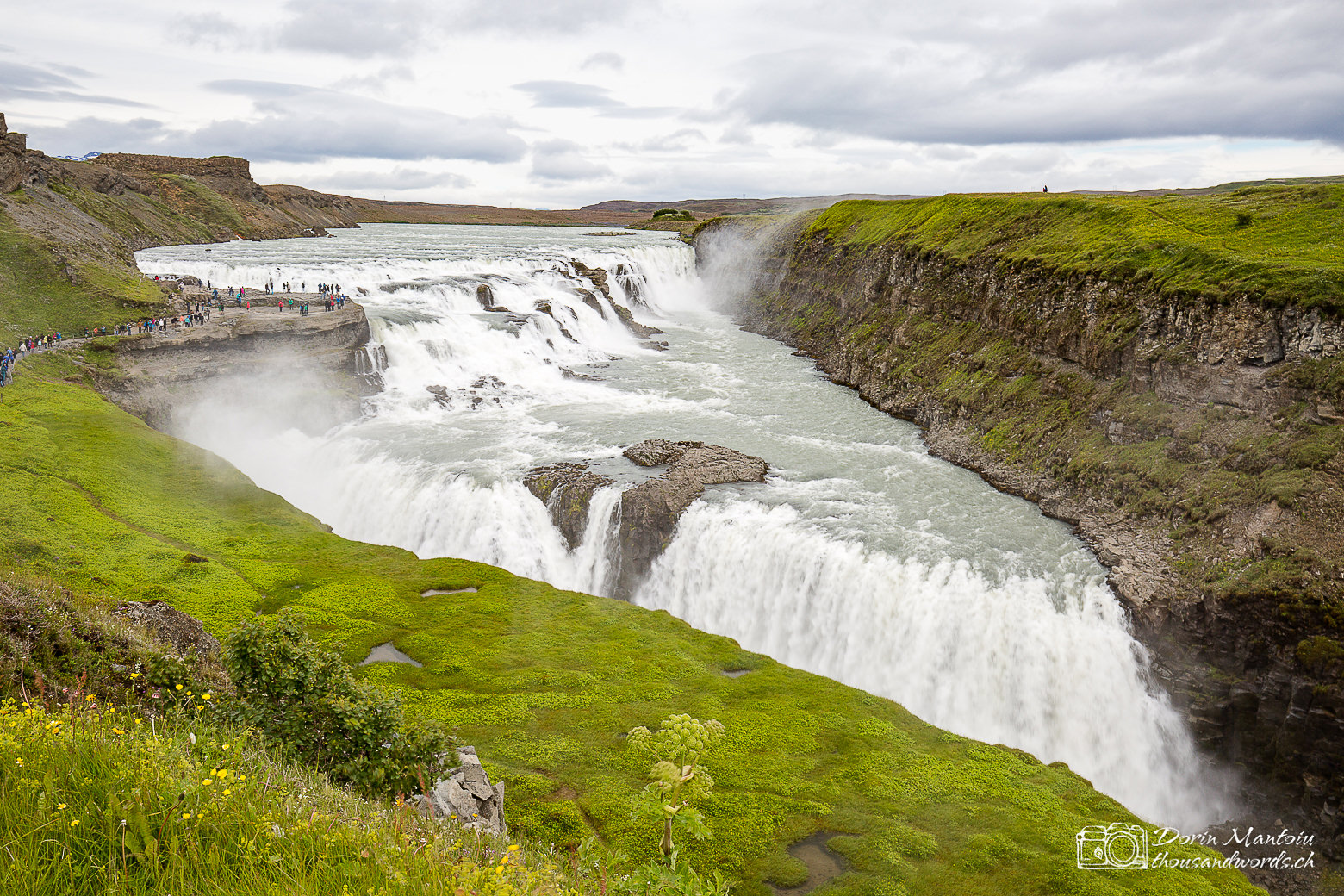 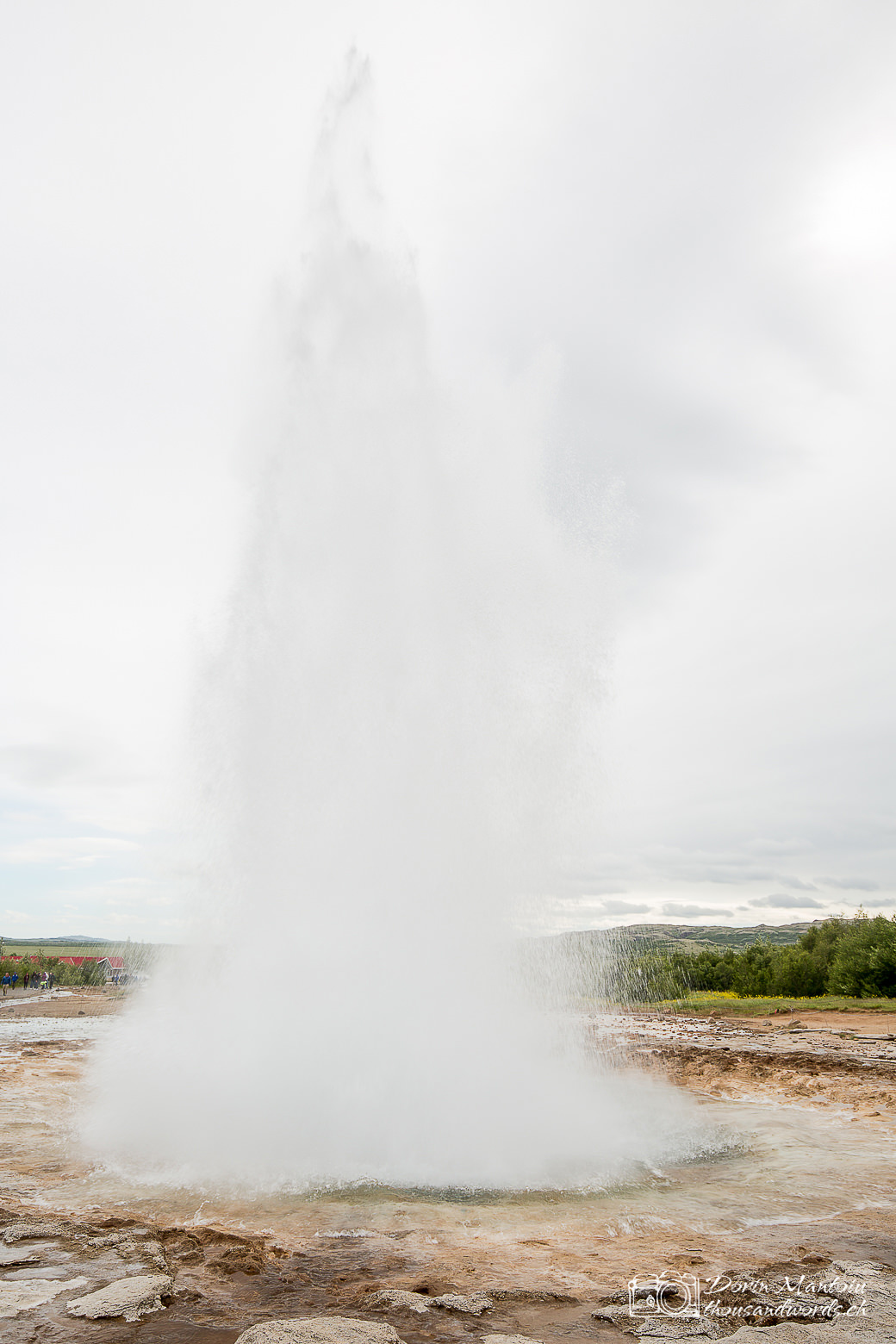 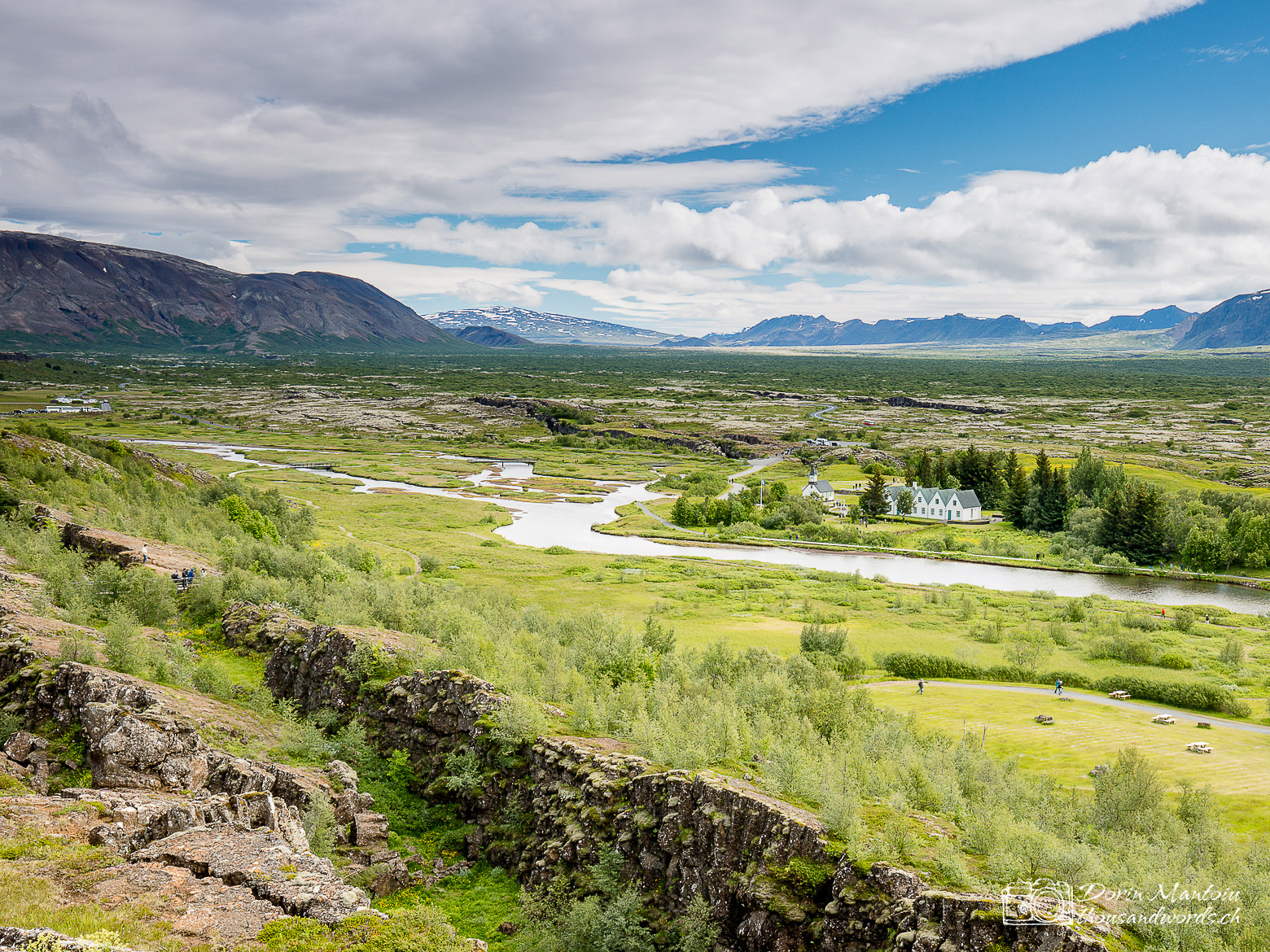