On our first real driving day, we learn that this is one of the countries where you don’t ask how far but how long. 100km can easily take three hours driving. We keep on congratulating ourselves for choosing a 4WD despite the agency telling us a regular car can do it as well. As LP puts it, the road has potholes the size of an elephant. We drive up the hill, we drive down the hill crossing the central highlands. One of our park guides told us that when he was a kid, all the highlands were green. Thanks to massive deforestation and land cultivation, they are now red and dusty in the dry season and red and muddy in the wet one. Being still the most vertices part of the country, there is always something going on next to the road. Being it little boys guarding their zebu cows, girls carrying big loads of household items on their heads, men carrying about their paddy fields and making bricks or women washing their laundry in the river. Shortly before arriving in Antsirabe, our place to spend the night and another town not worth writing home about, we pass a village where a enormous swarm of locusts is flying through. The village kids are all over it, to get them off their fields but also to catch as many as possible, for a snack later on. 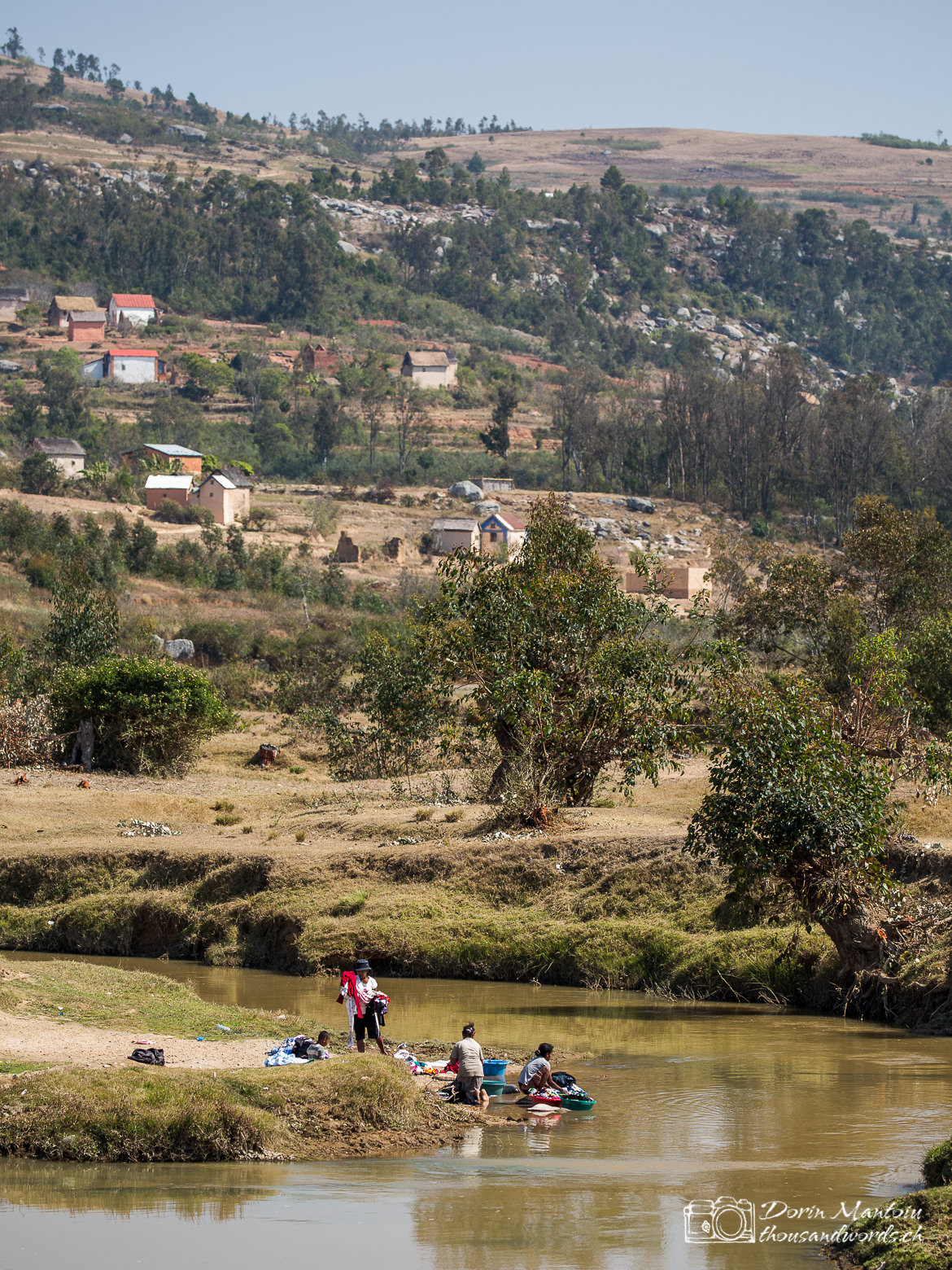 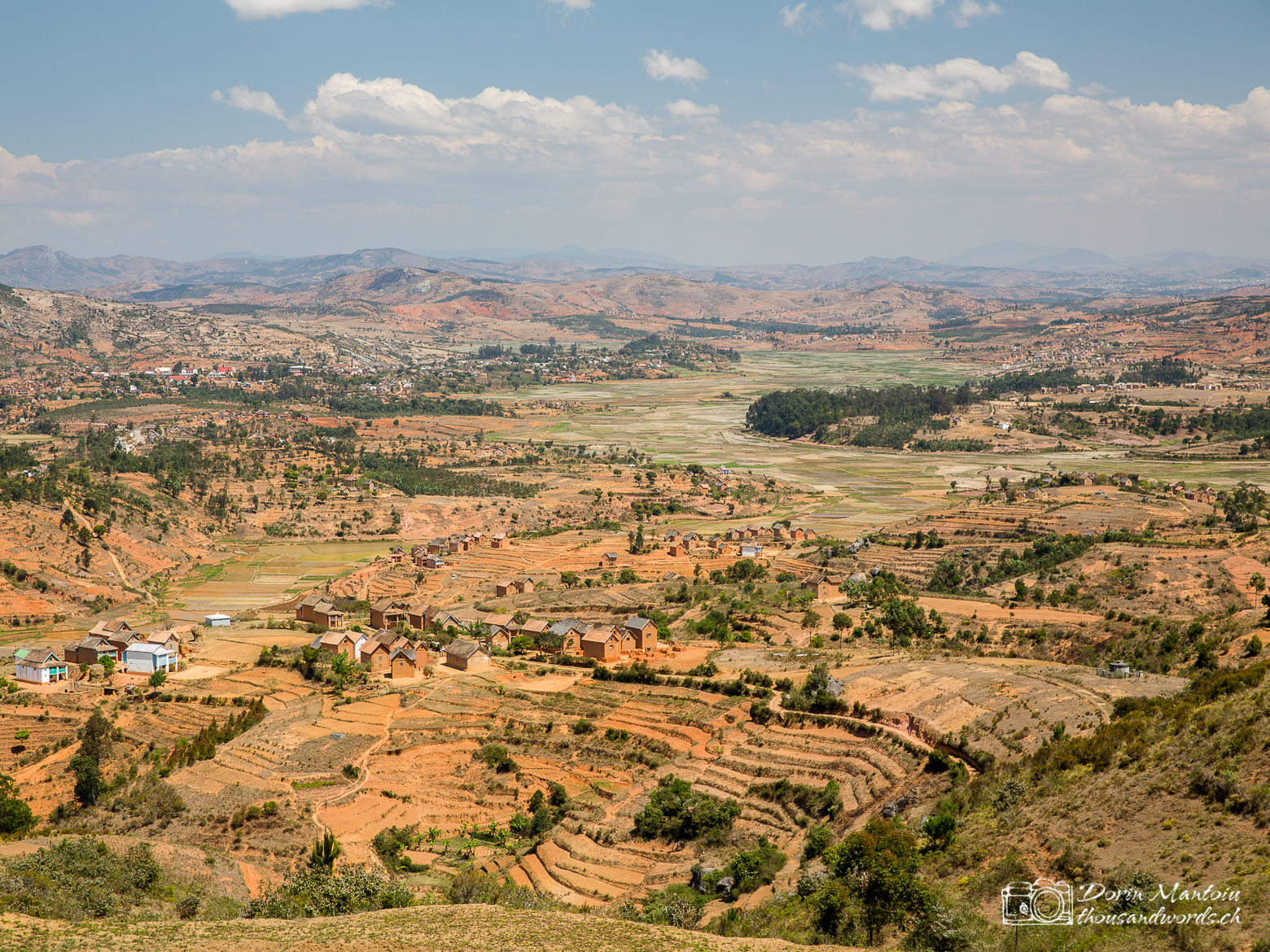 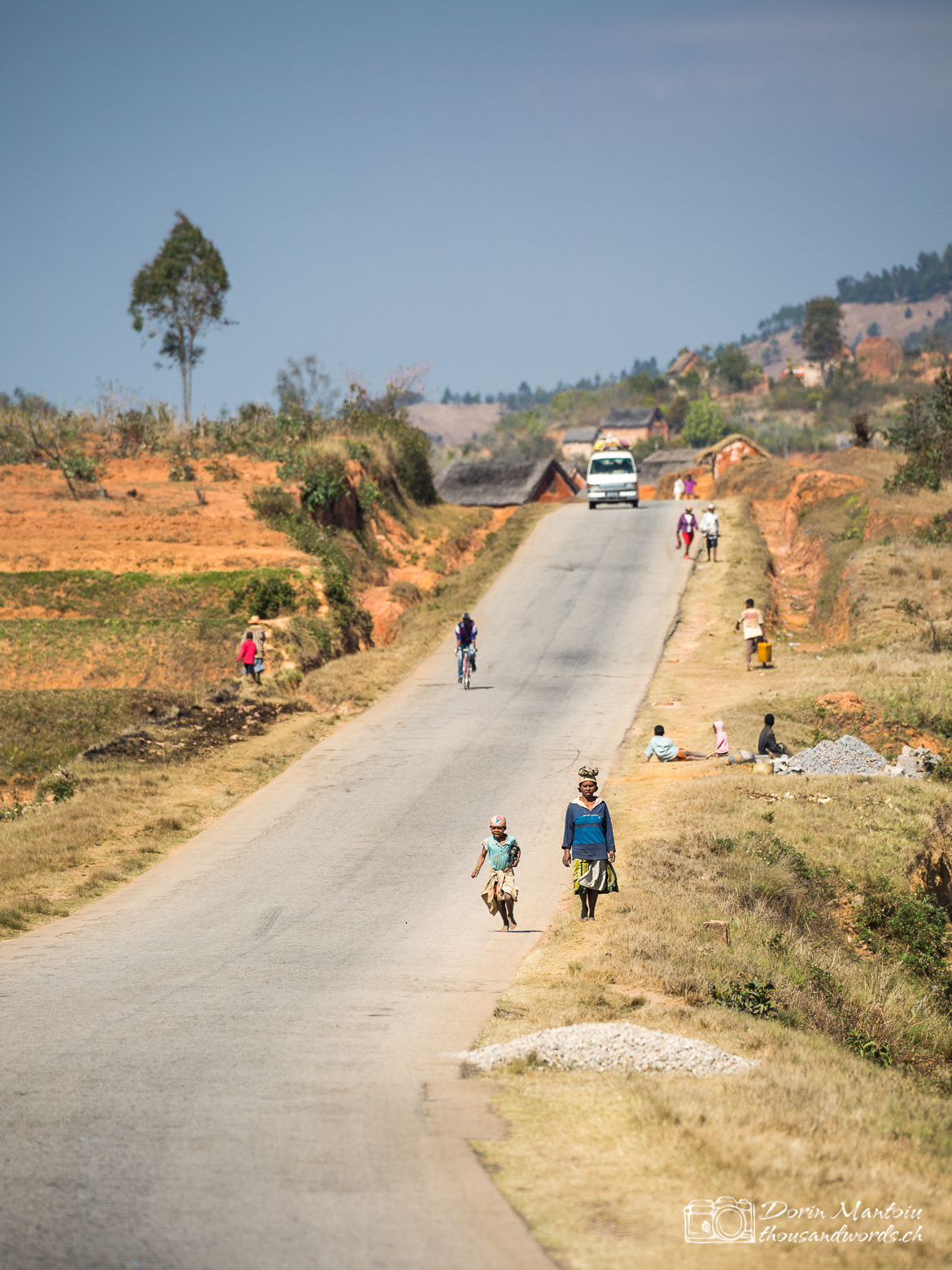 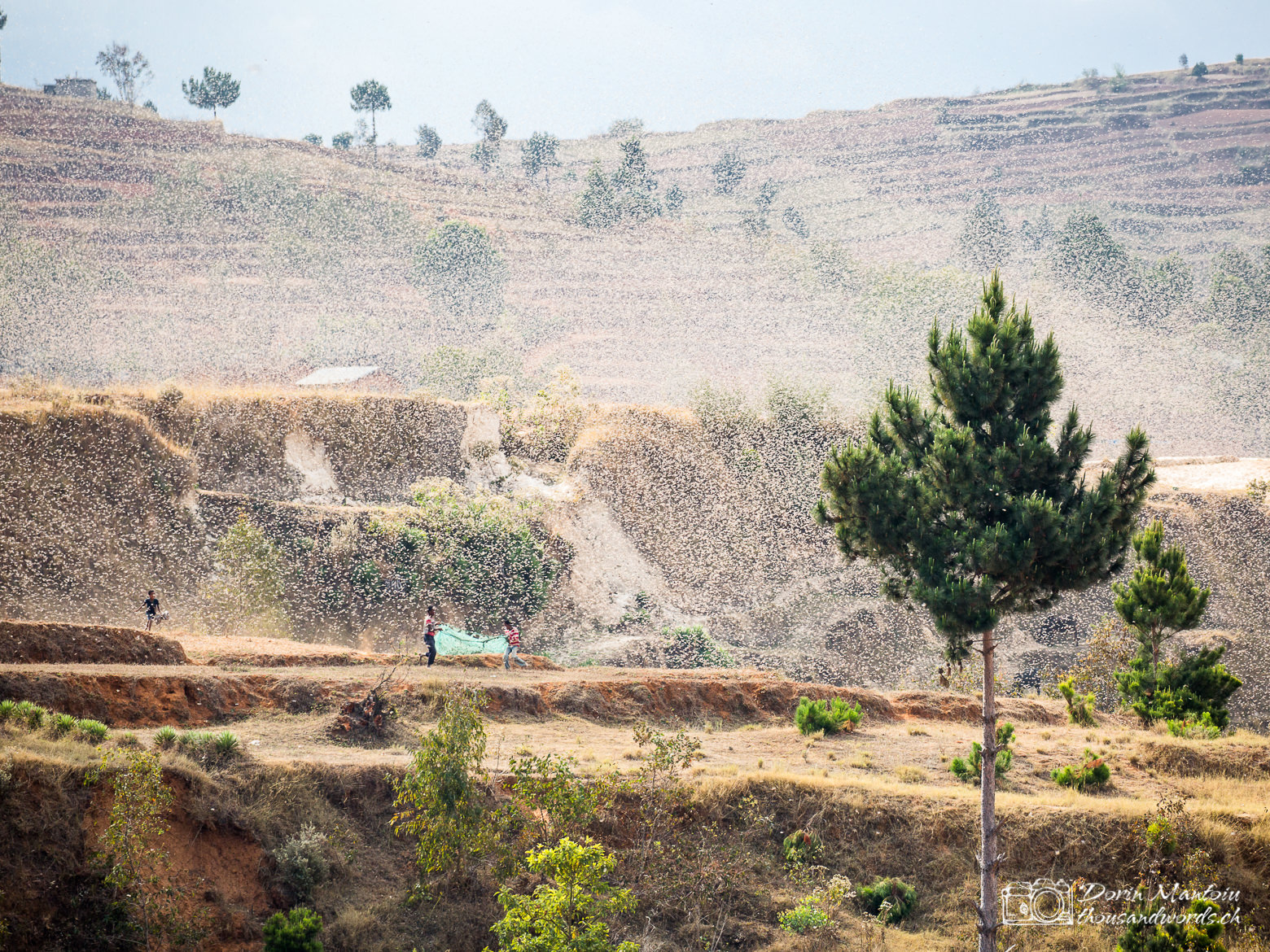 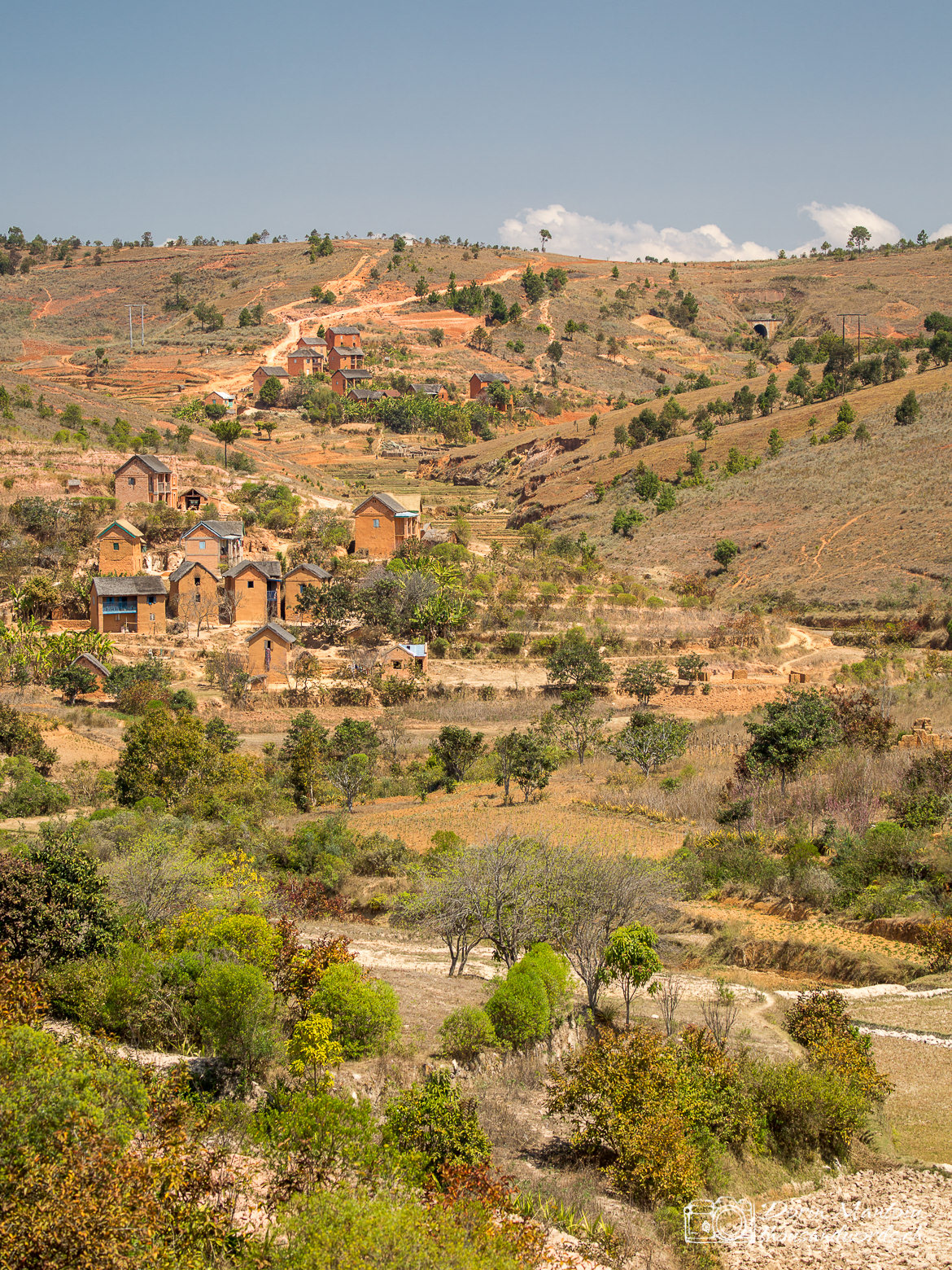