Jaisalmer is so far our favorite city in Rajasthan. Founded in 1156, it’s the second oldest fort in Rajasthan, prospering from its strategic position along the silk route. Today the city’s economy is built on tourism and huge military camps, due to the close proximity to the Pakistani border.

The fort and surrounding town are built from the same golden-honey sandstone and many building, even newly erected ones, are decorated with beautiful stone carvings. The fort itself is unique as a living urban center, with about 4’000 people having their home within the fort. It’s a maze of small alleys, temples, little shops, restaurants, cows and people, surrounded by a thick wall with 99 bastions. It‘s a perfect place to wander the streets for a day and drink lemon lassis.

In the afternoon we have a short camel ride in the Thar desert. There is a small band of sand dunes 40k outside the city, with a well developed infrastructure to get and stay there. It mostly feels like a big sandbox full of camels, picknicking families, selfie-taking tourists, and locals selling drinks and snacks. We record it as been there, done that and drive back to the city to look at the fort while the sun sets. 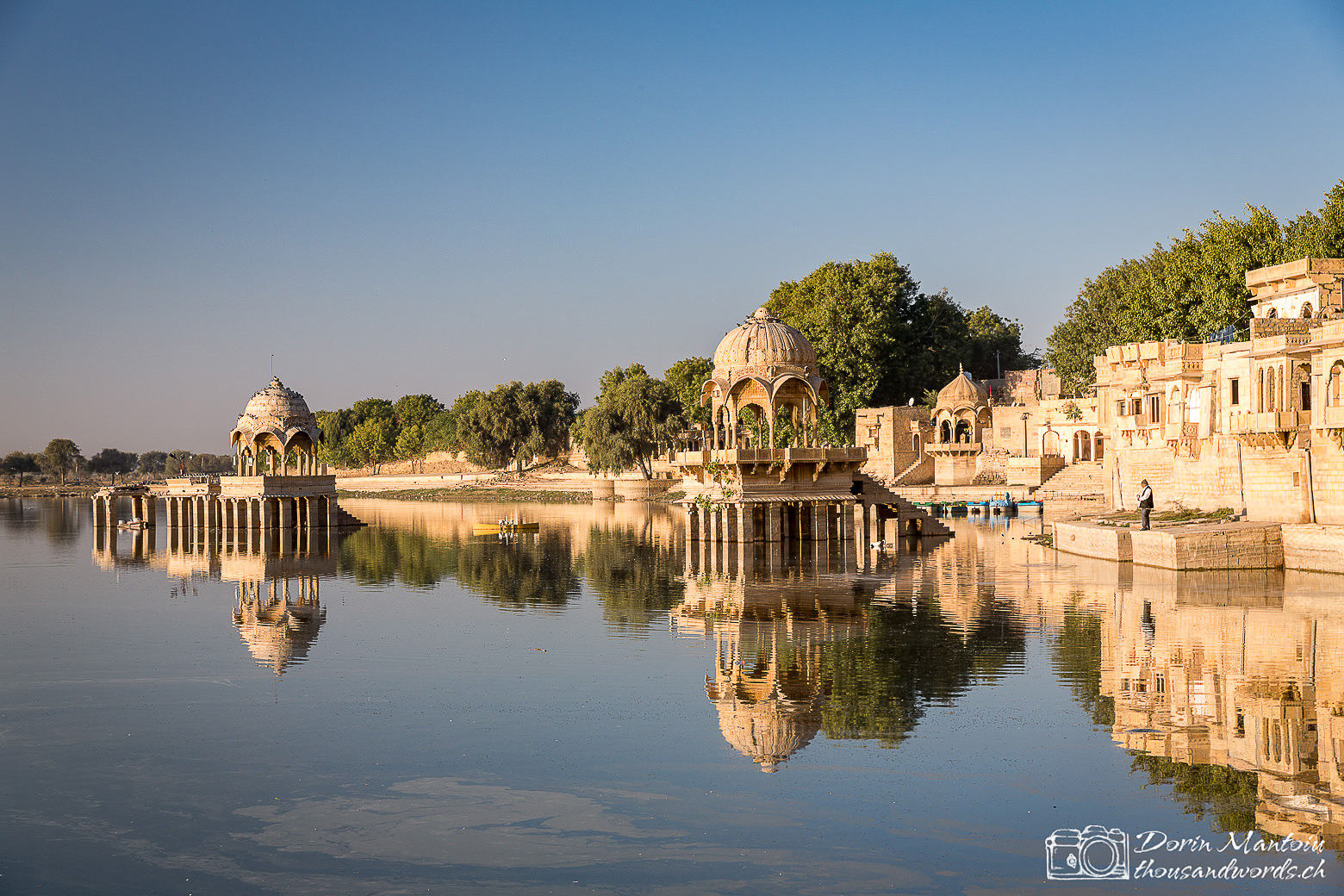 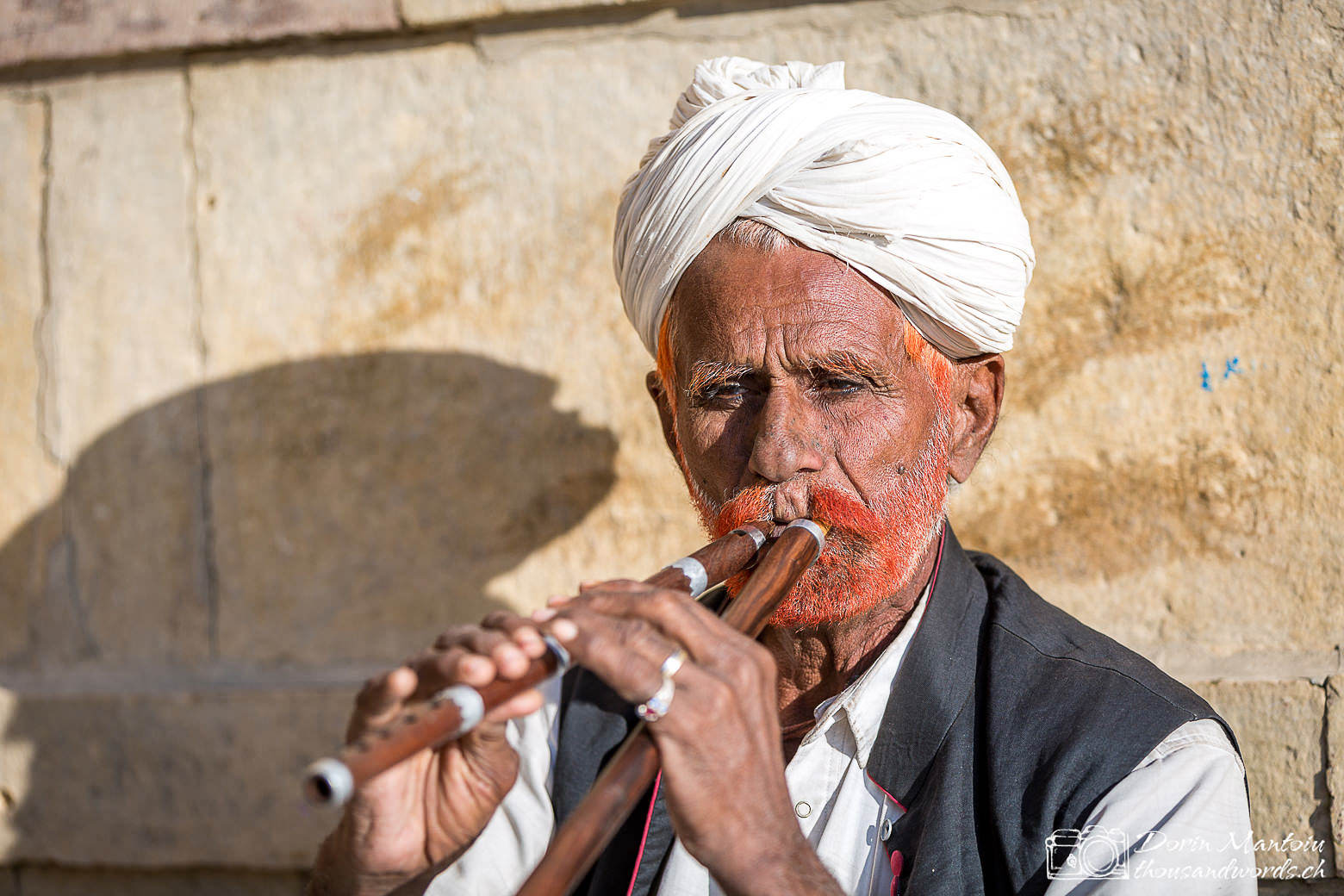 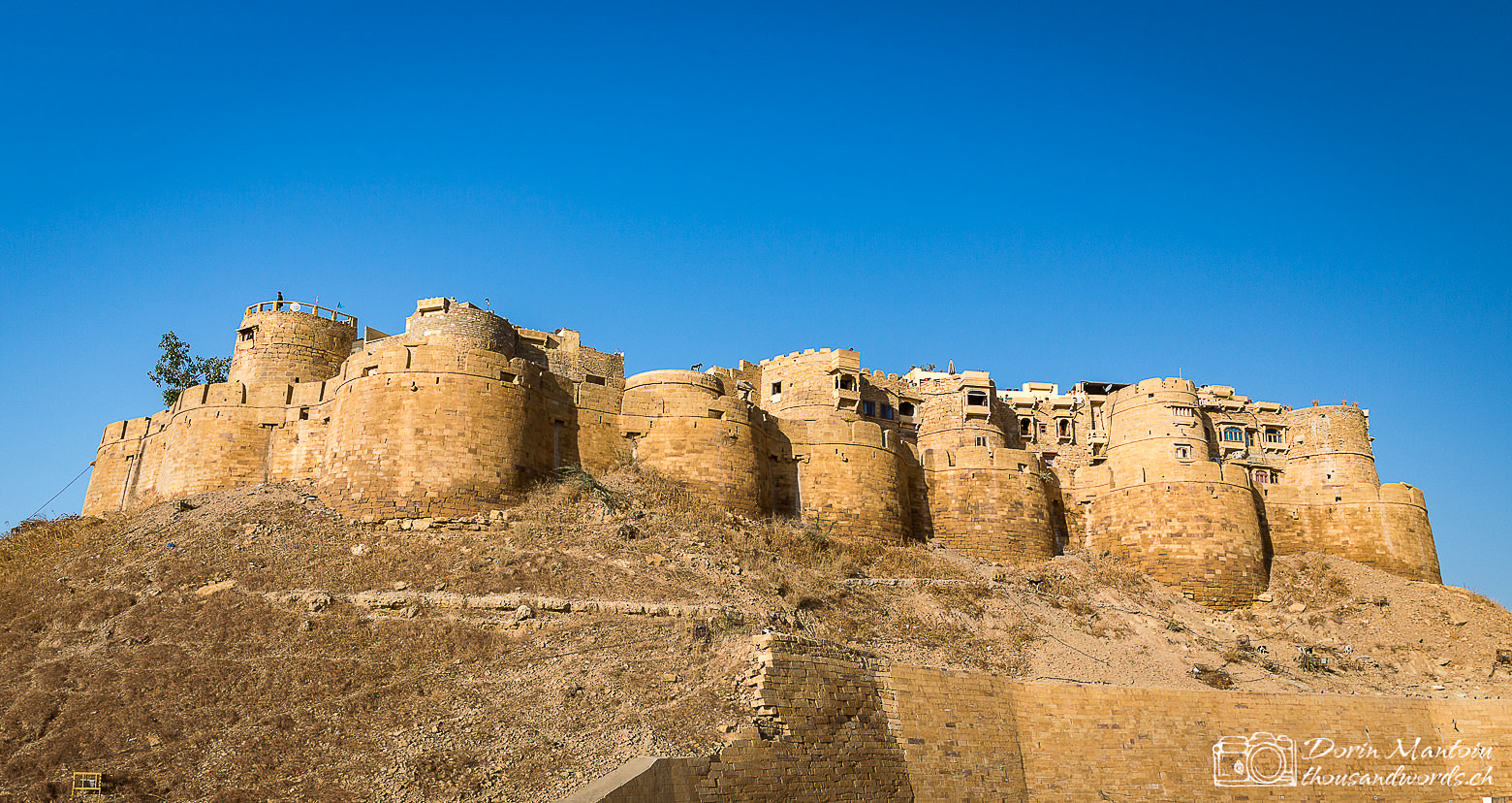 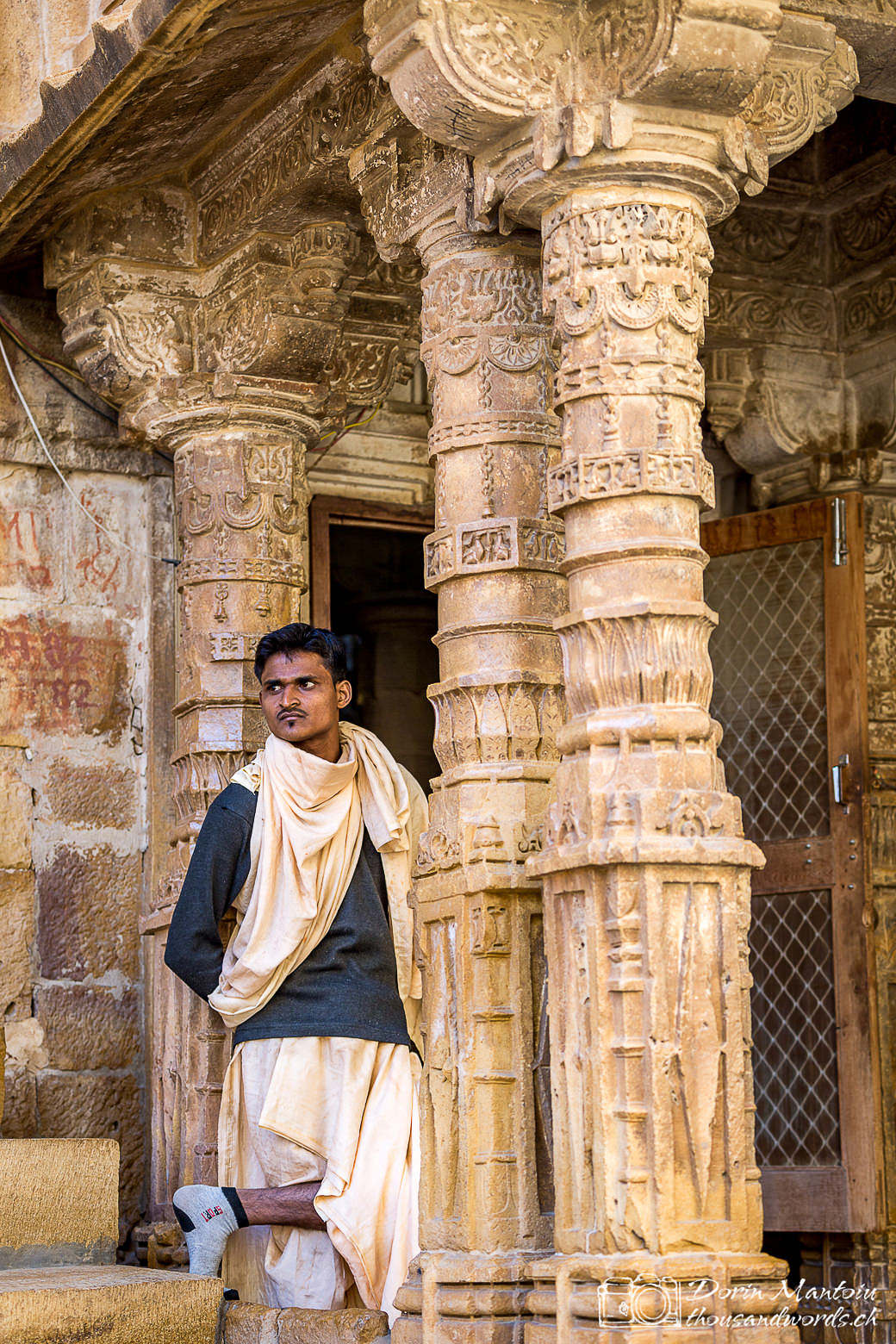 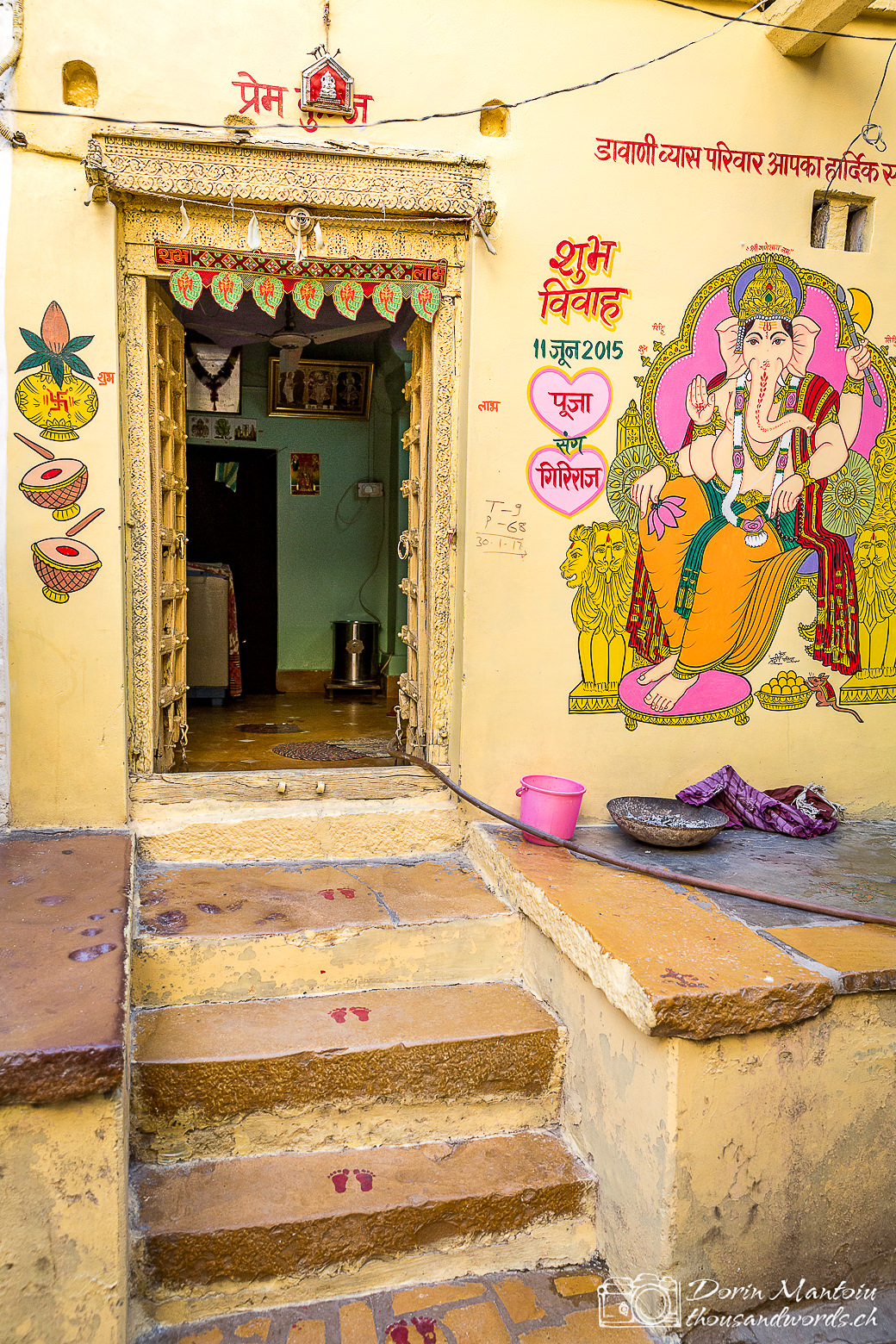 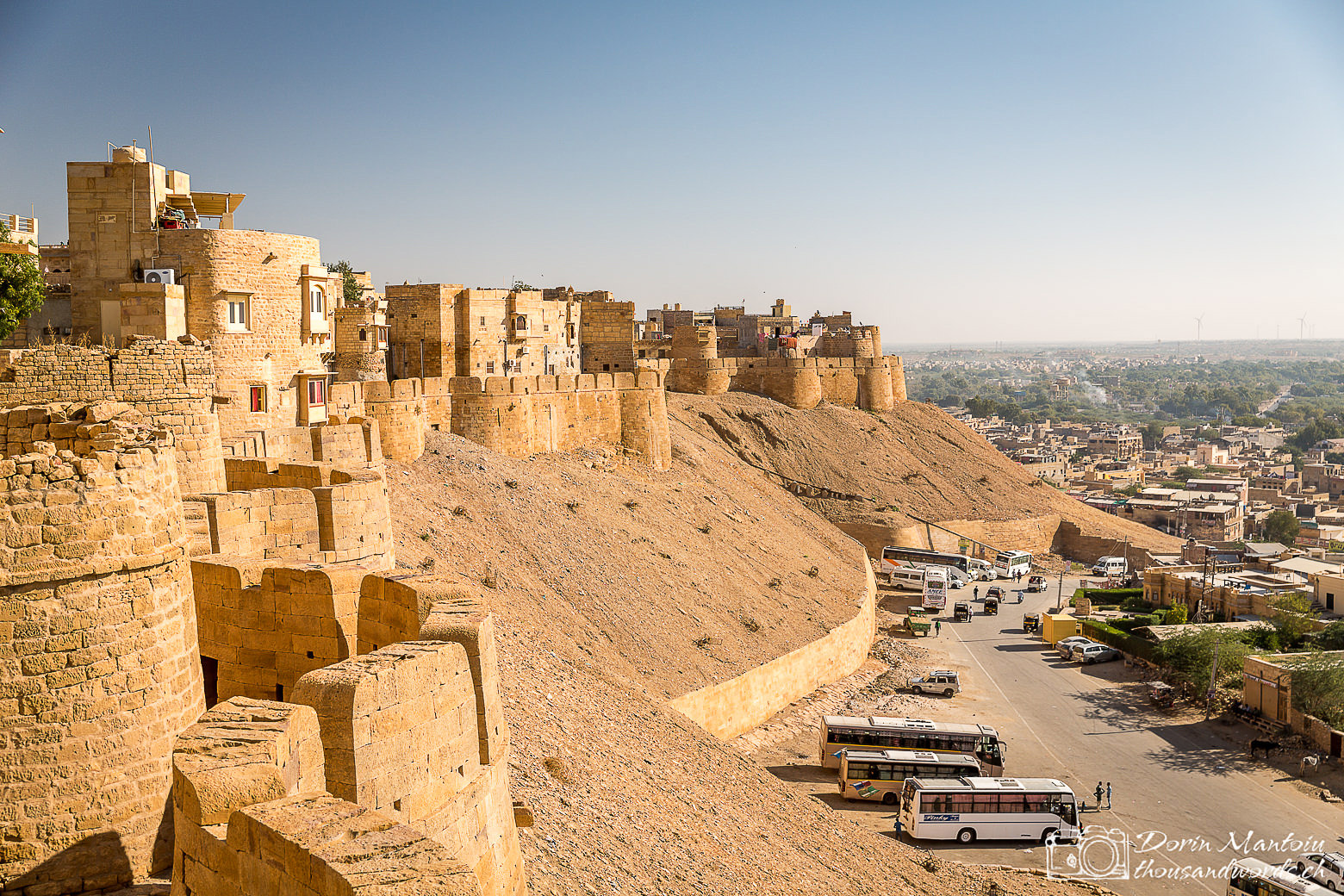 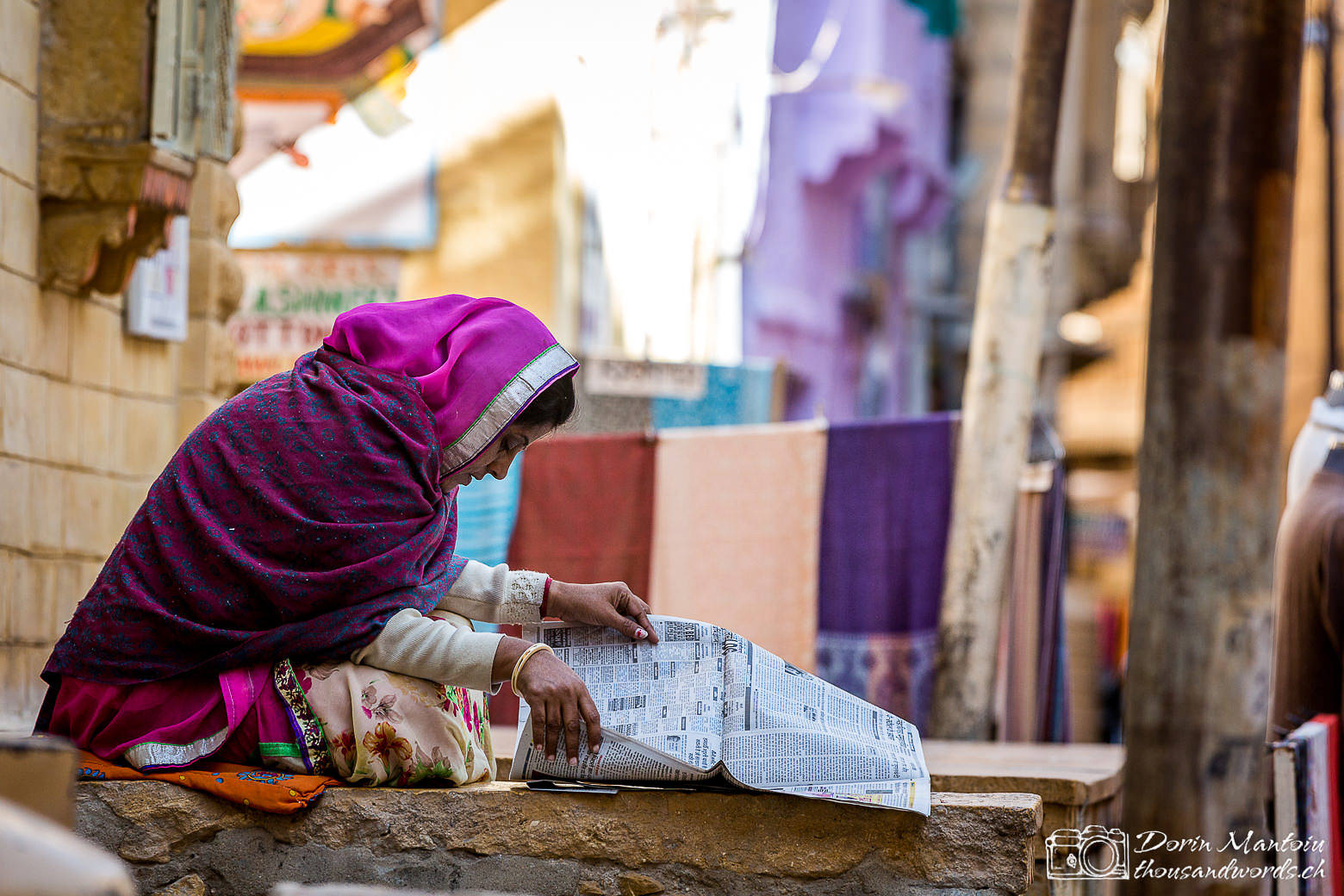 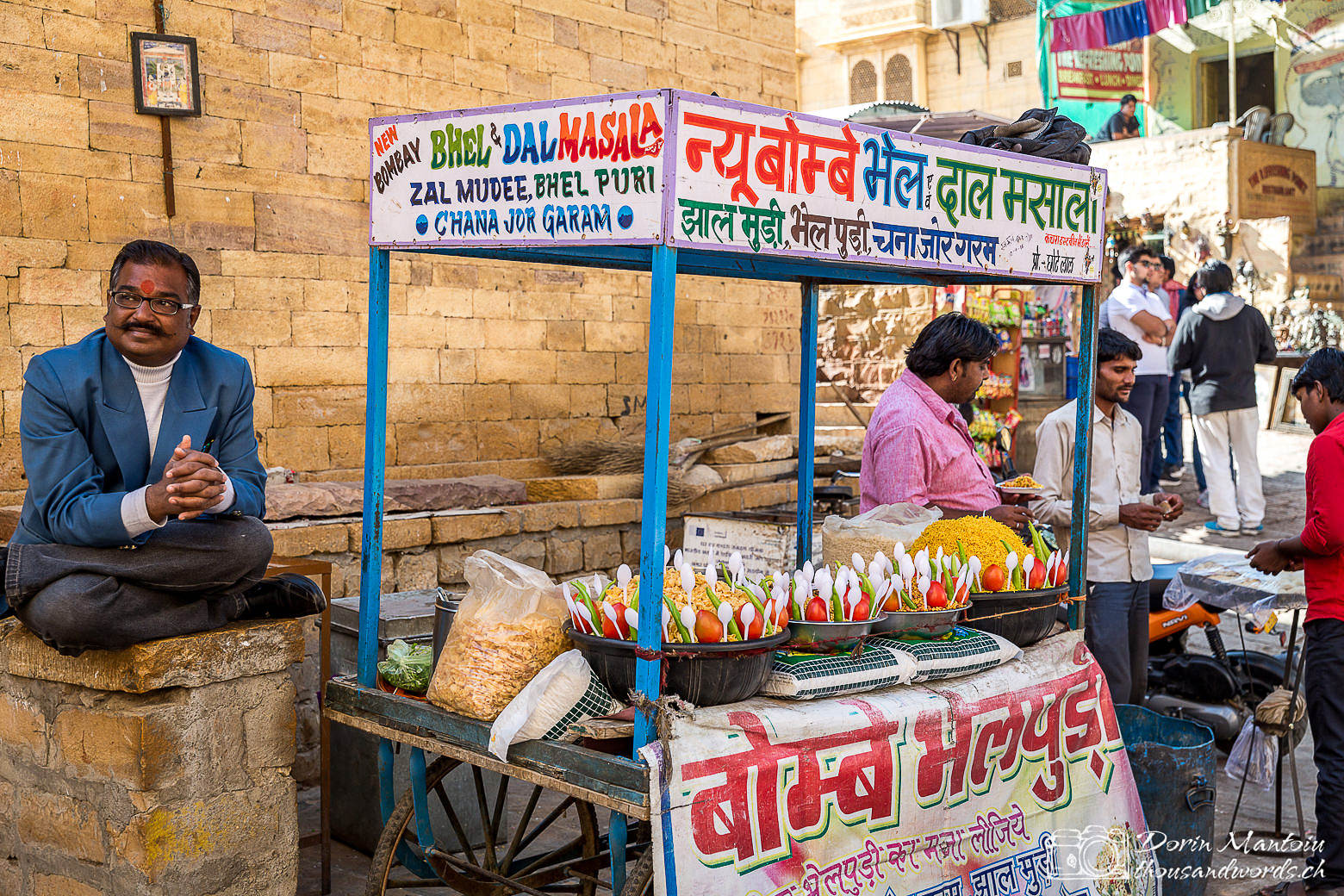 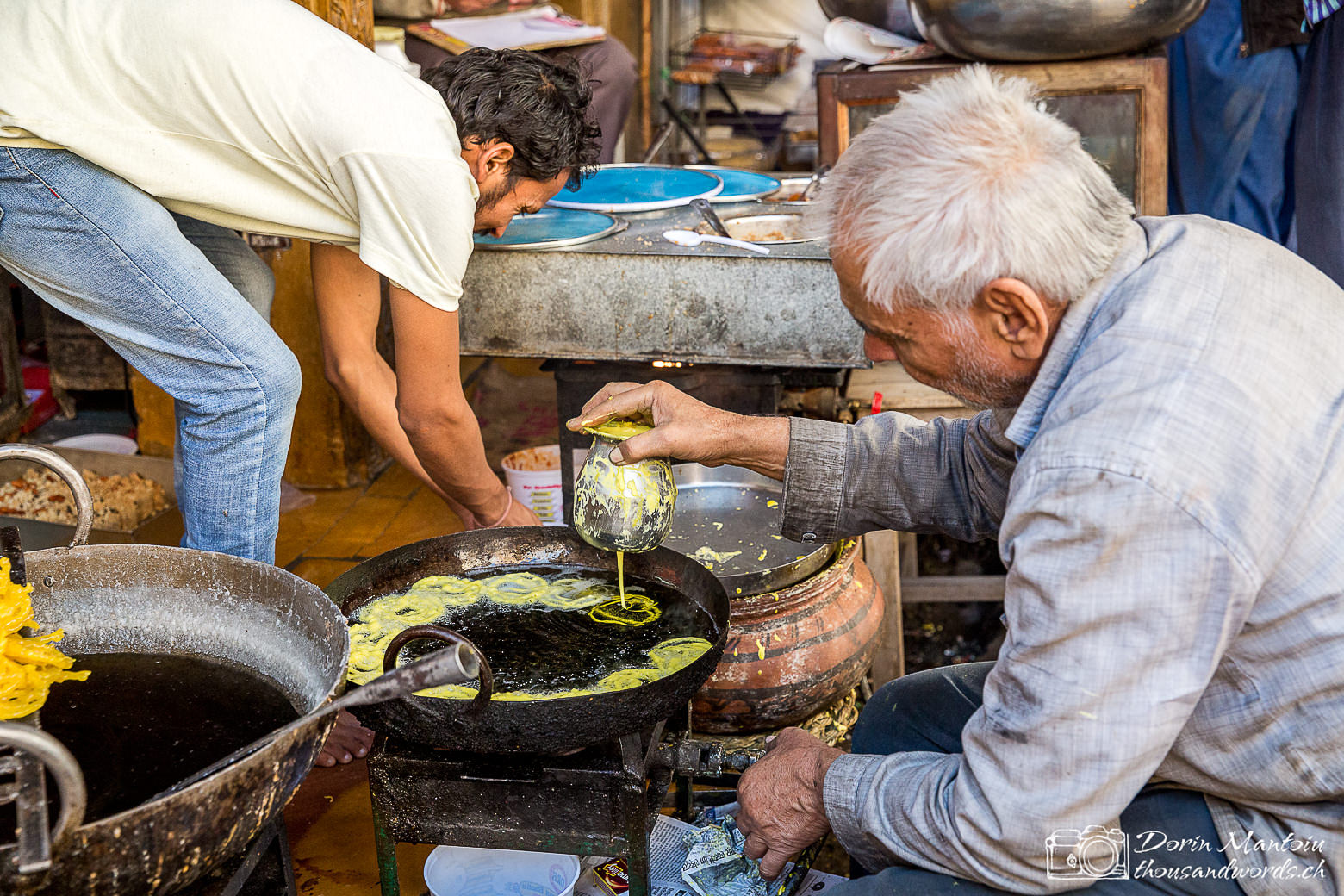 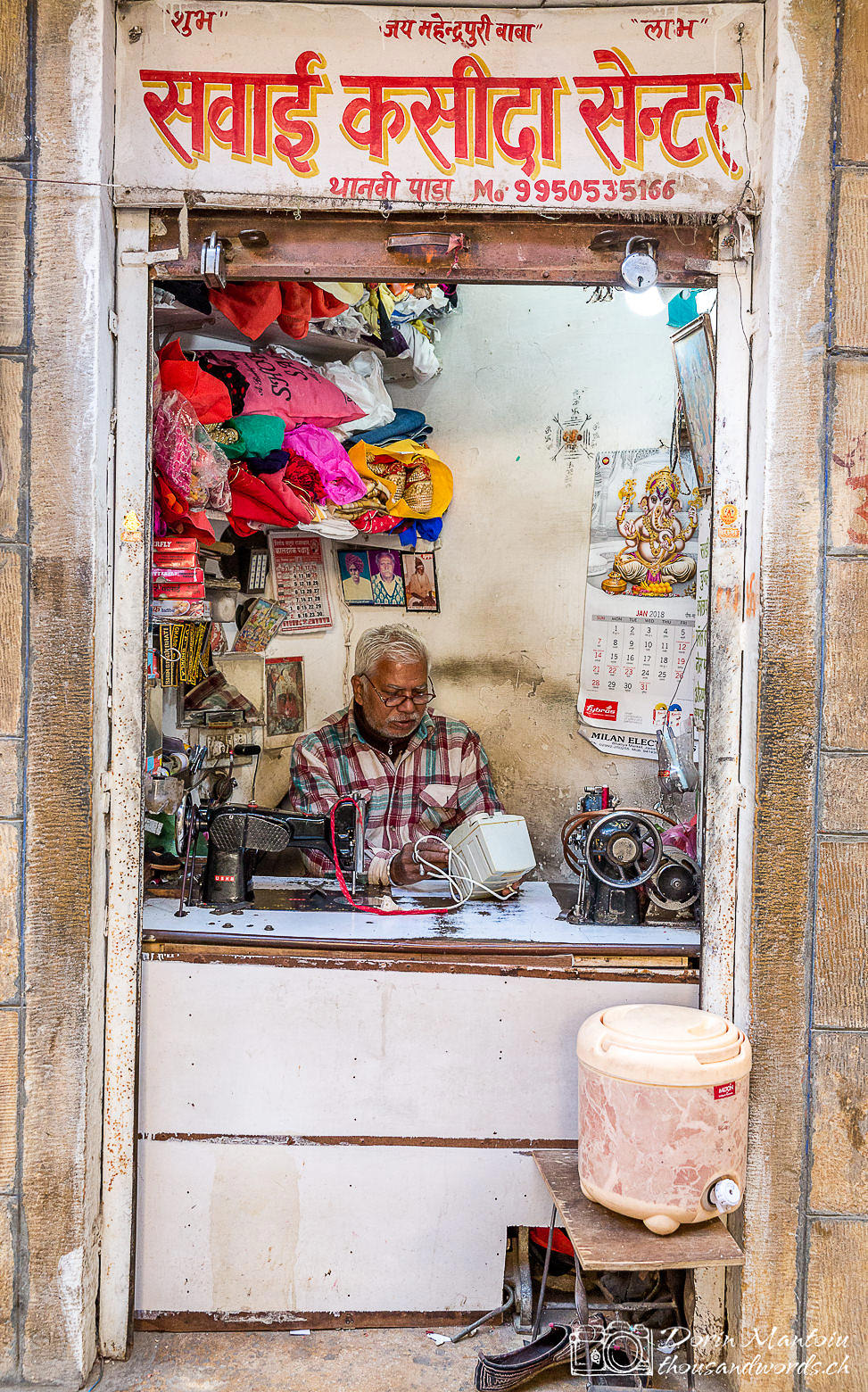 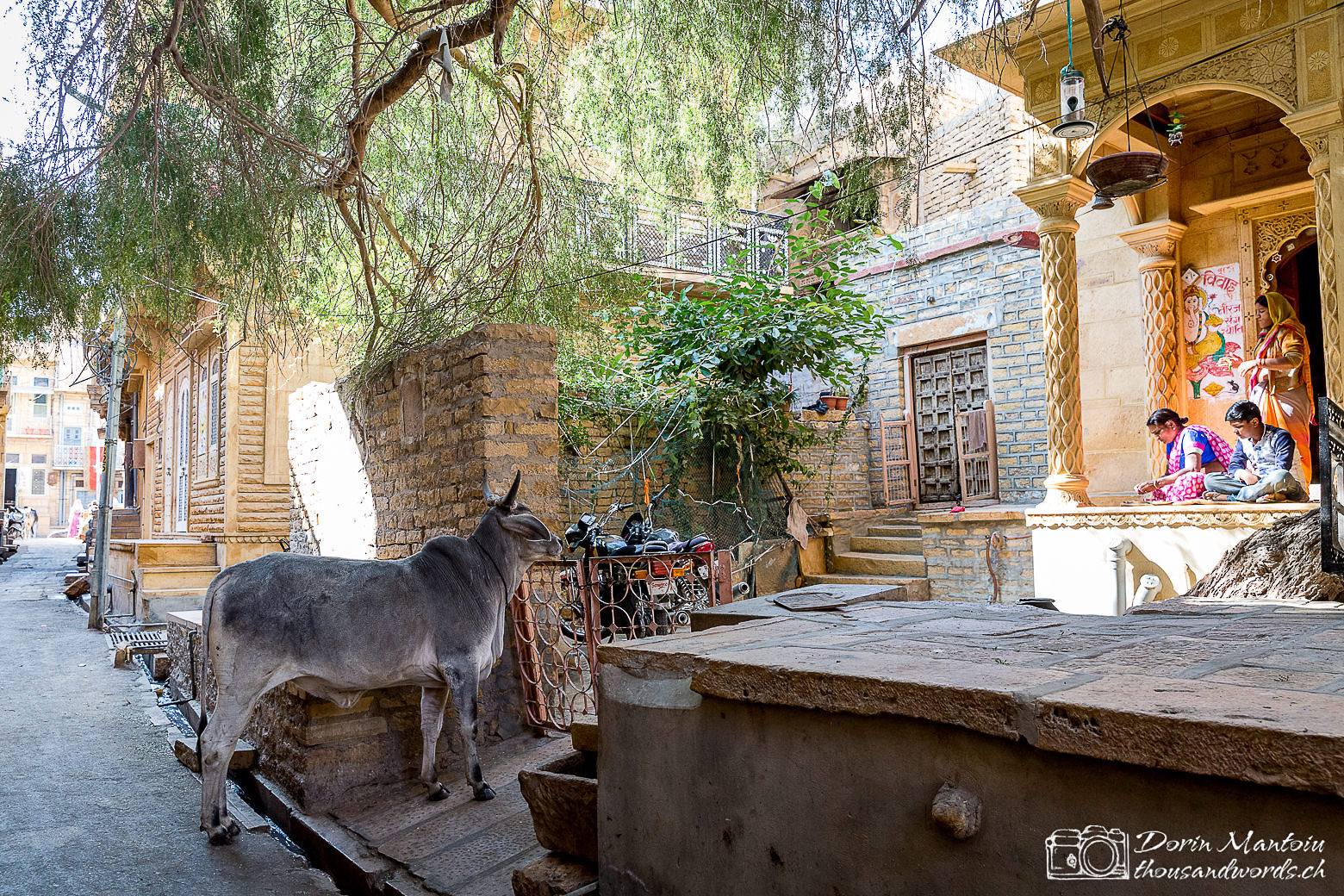 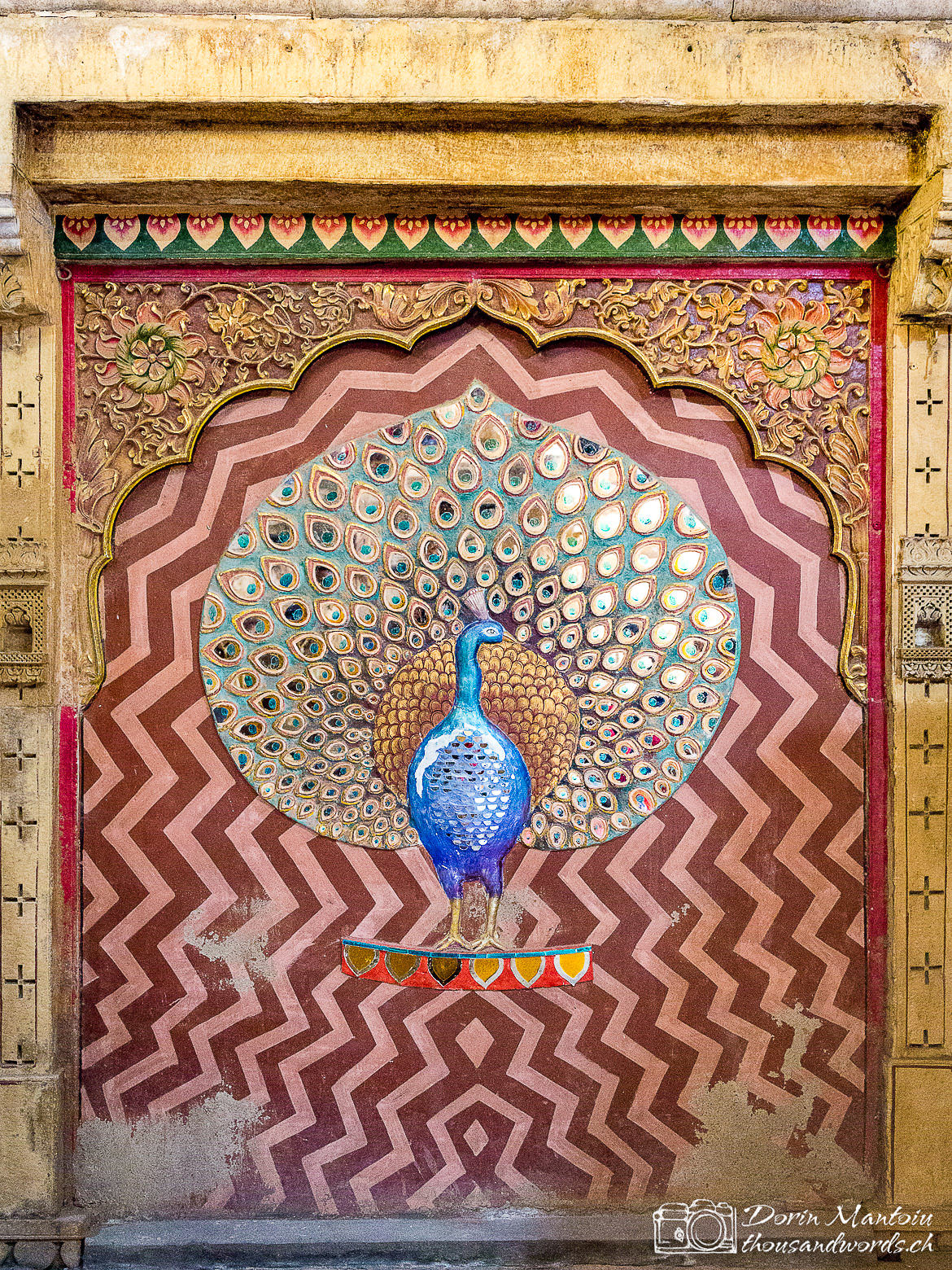 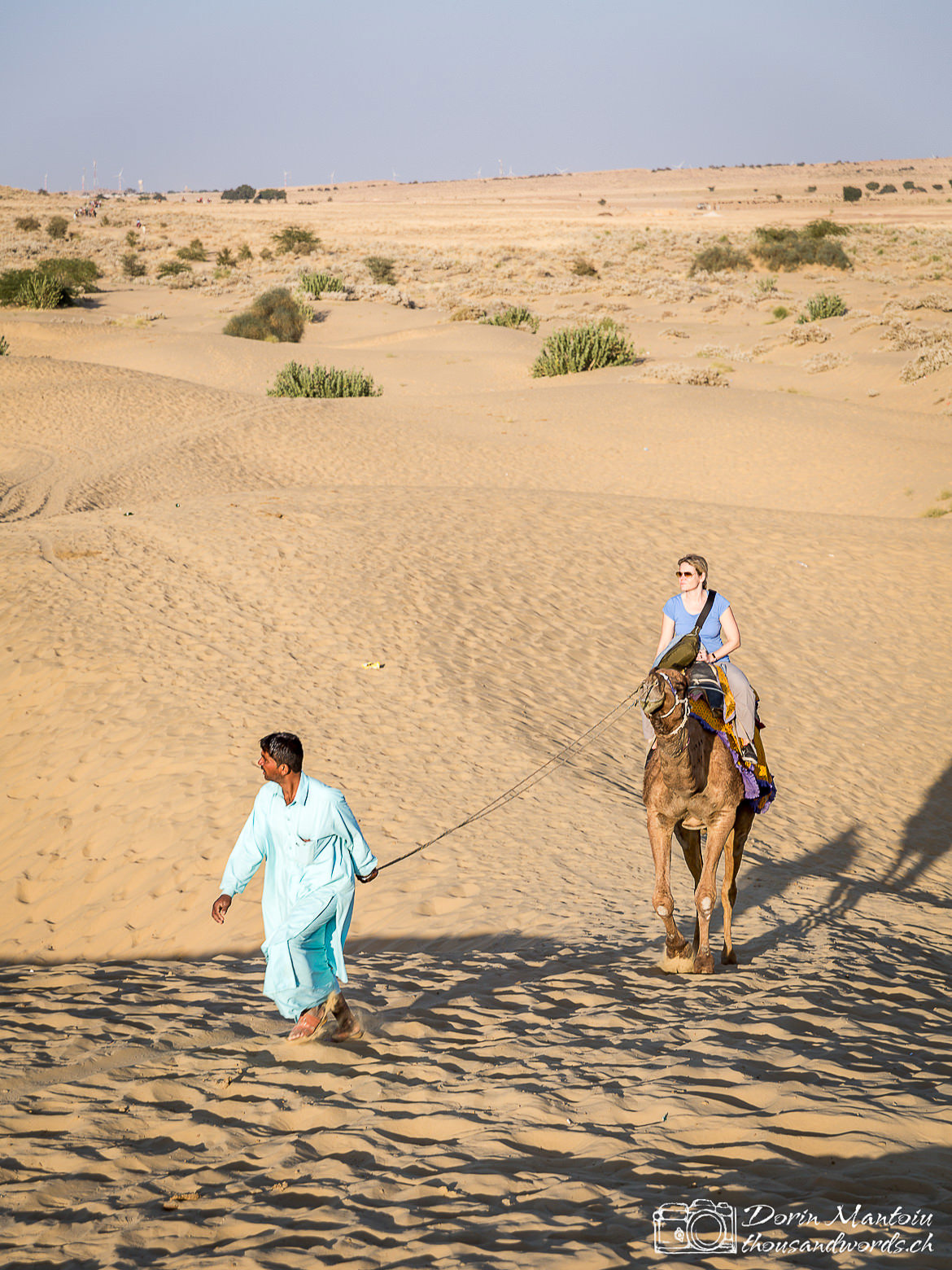 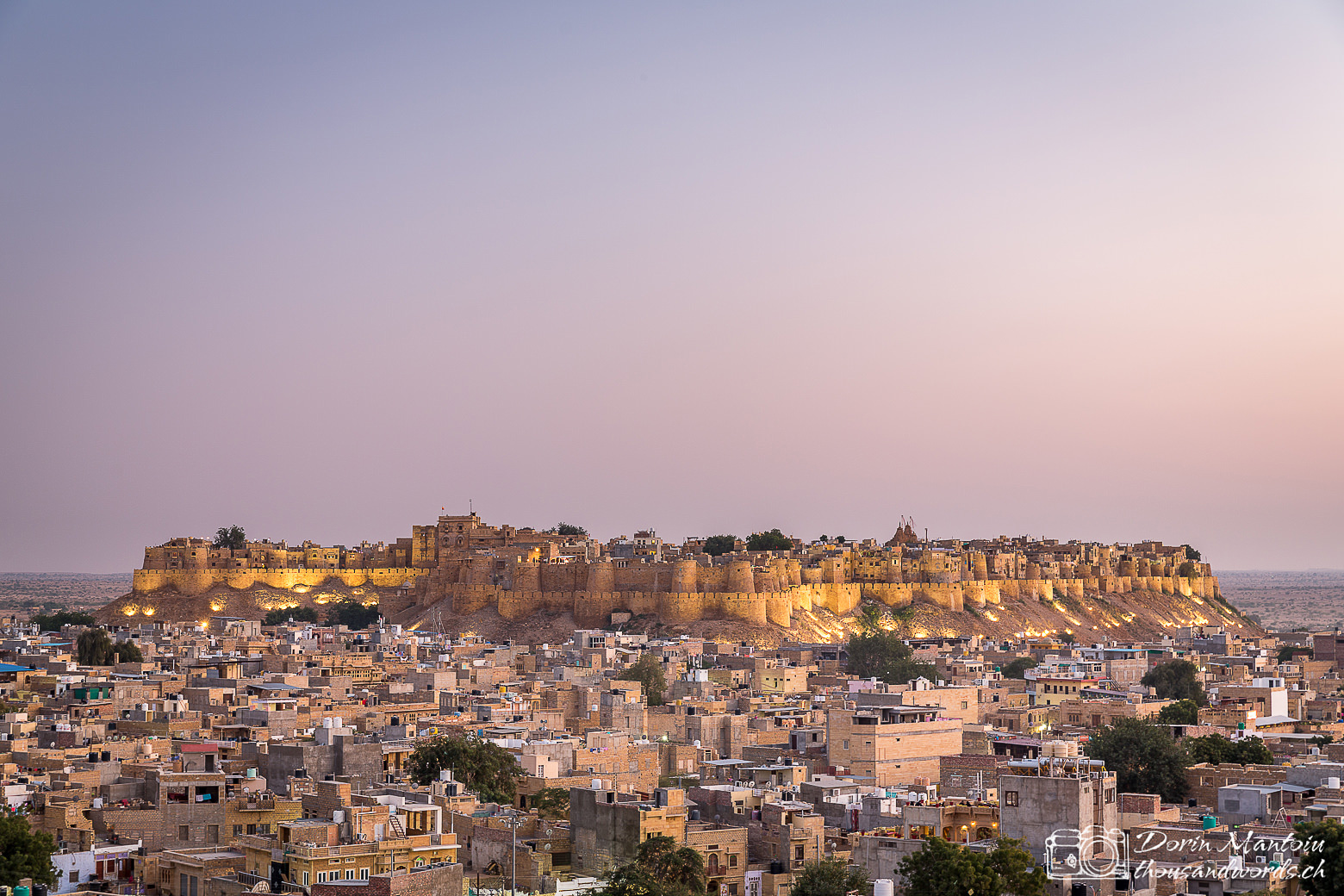