« Iguaçu the wet one
Pantanal part2 »

After getting super excited about having salad for dinner (Sabine), thanks to still being jet lagged we went to bed early and up even earlier, at 3.30am. Taking the hop-on/hop-off plane to Cuiabá with no less than three stops along the way. Arriving in the Pantanal, it still rains and we see only a few miserable looking wet birds. But then it clears up and the next couple of days are amazing. We stay in the Araras Eco Lodge along the Transpantaneira. The Pantanal is the world’s largest tropical wetland. During the rainy season, water levels can rise up to five meters, flooding big parts of the land. The rainy season lasts till about March and right now there is still a lot of water around. Best demonstrated when during our horseback ride we were suddenly waist high in water. Other activities include walks, wildlife drives and canoeing. For sunrise, mornings, afternoons and at night. Luckily we still have some time off in between to hang out in the hammocks and enjoy the beautiful surroundings of our lodge.

The Pantanal is home to 1000 bird species, 400 fish species, 300 mammalian species, 480 reptile species and over 9000 different subspecies of invertebrates. We probably did see most of the 1000 birds, our favorite being the hyacinth macaw. Two of them live on the lodge grounds, so we get to see a lot of them. Very cute how they always stay close together, if one leaves for another branch, the second one follows within minutes. Another favorite is the capybara, which we get to see in big families. The meanest animal is also the smallest one, some biting ants that crawl below our clothes, making us strip in the middle of the jungle to get them out. 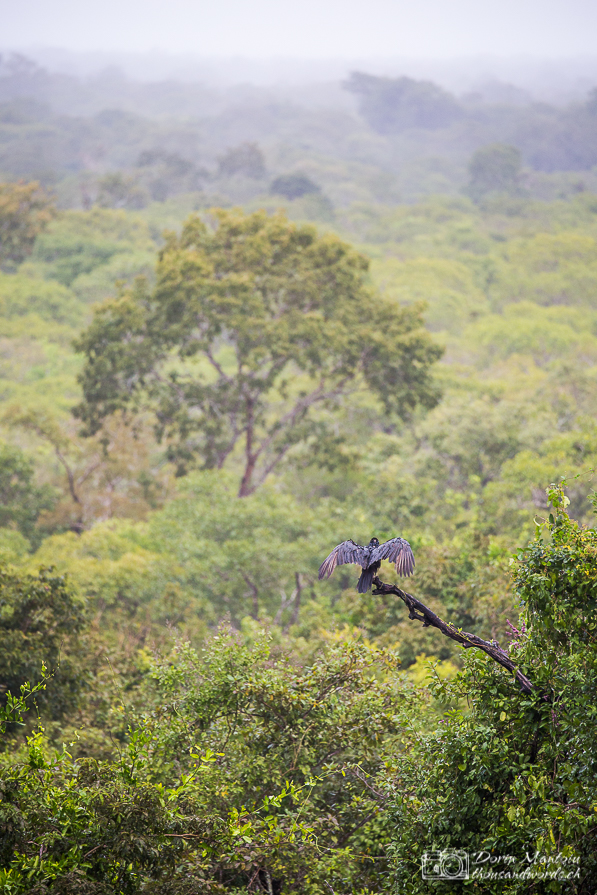 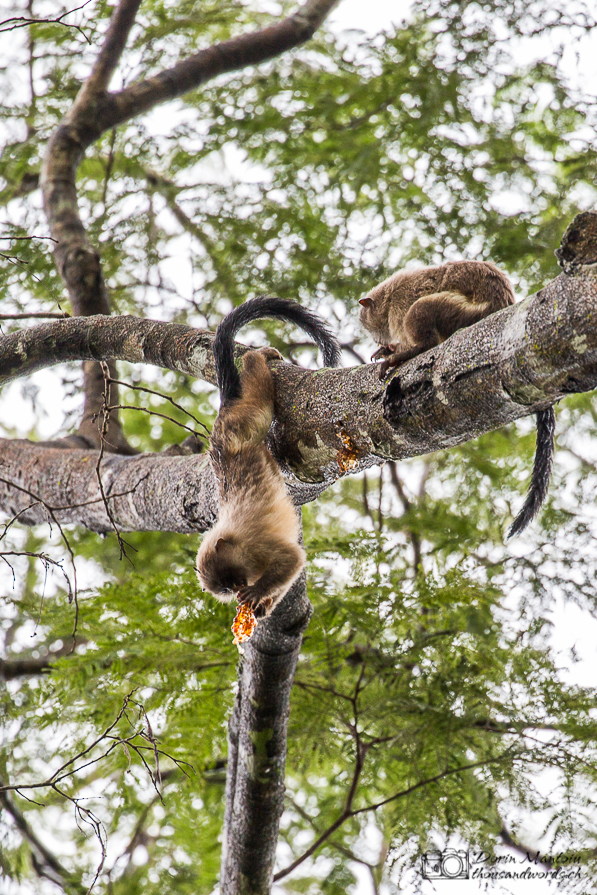 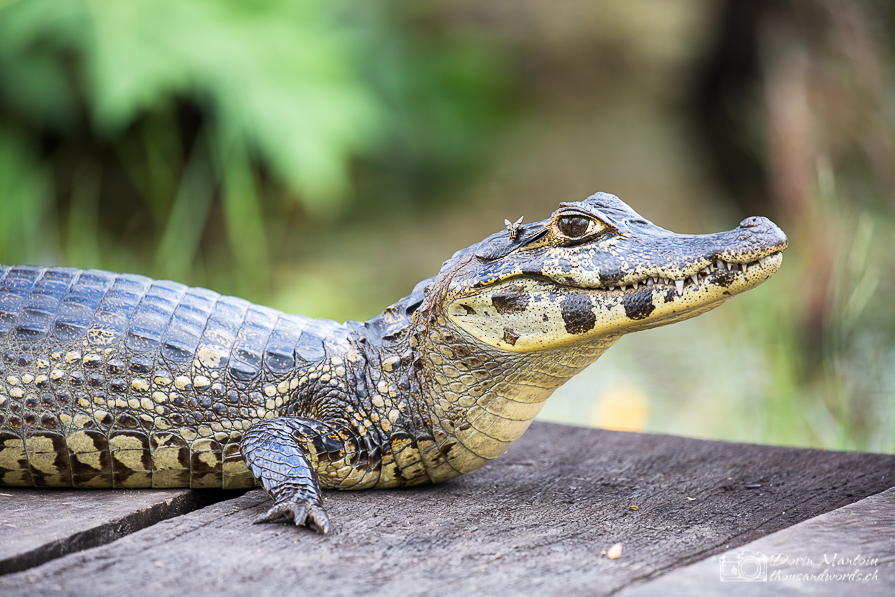 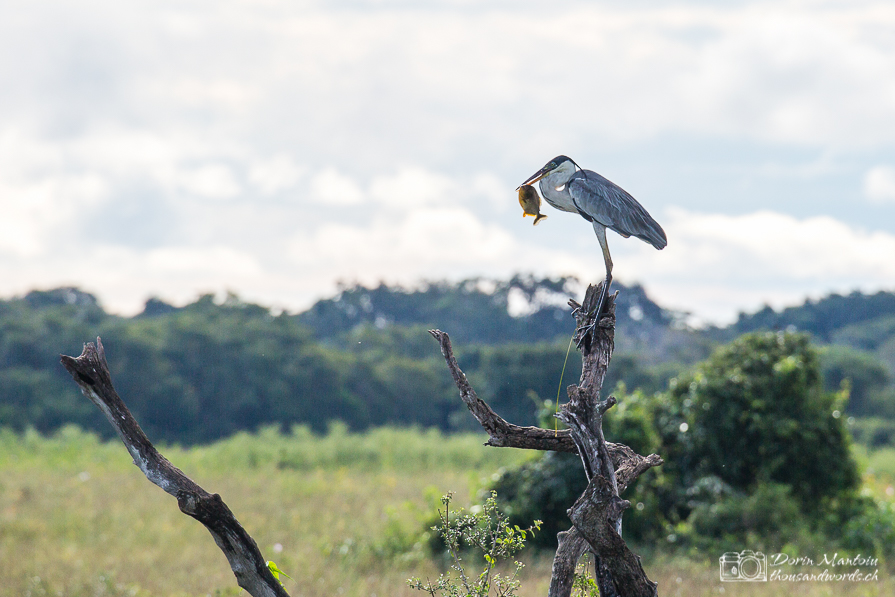 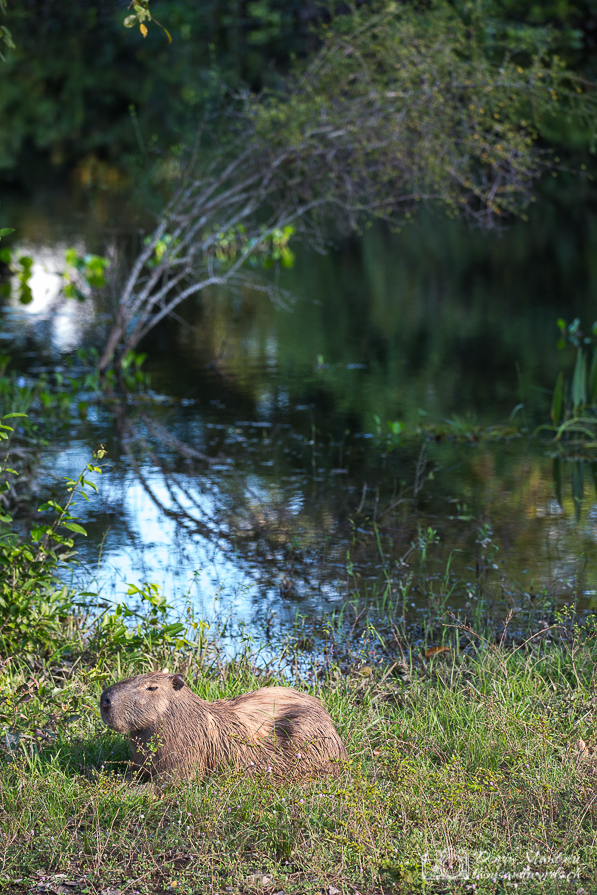 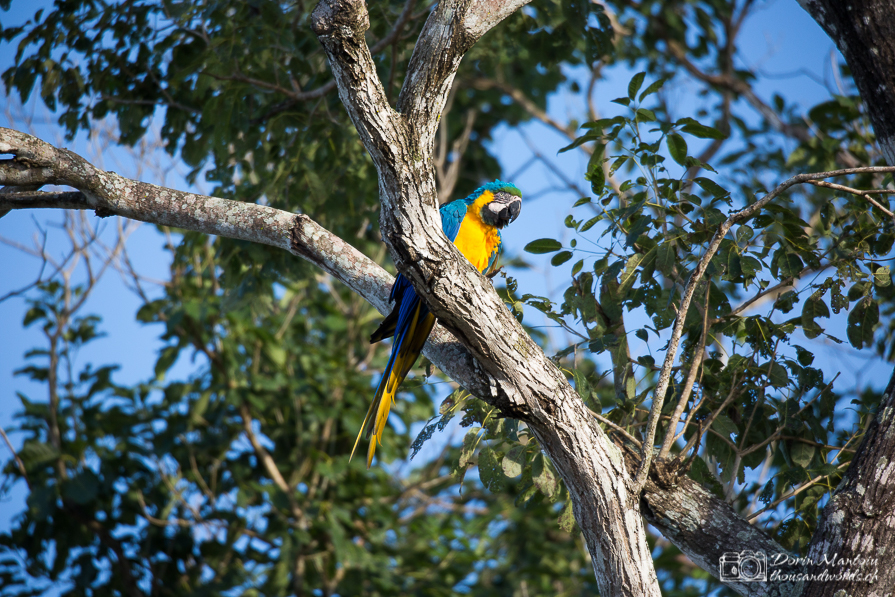 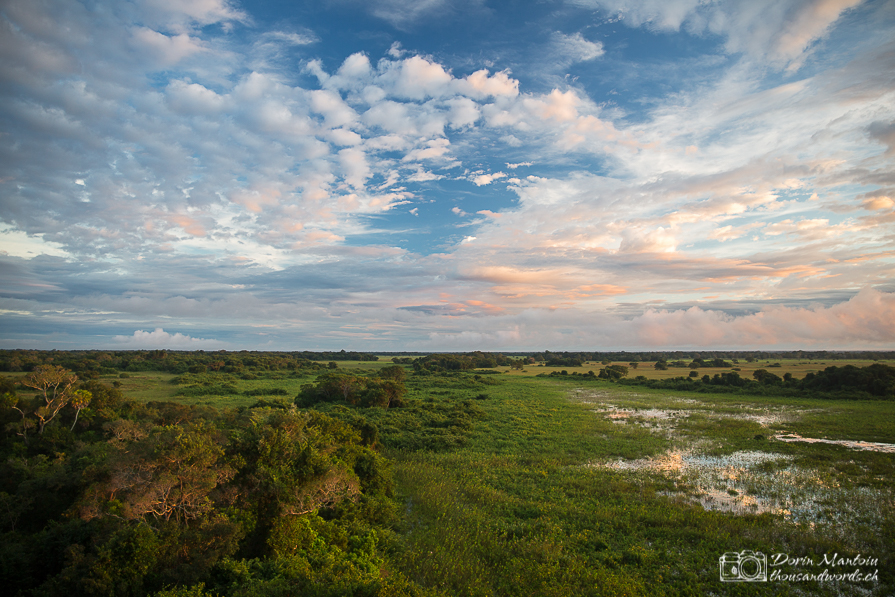 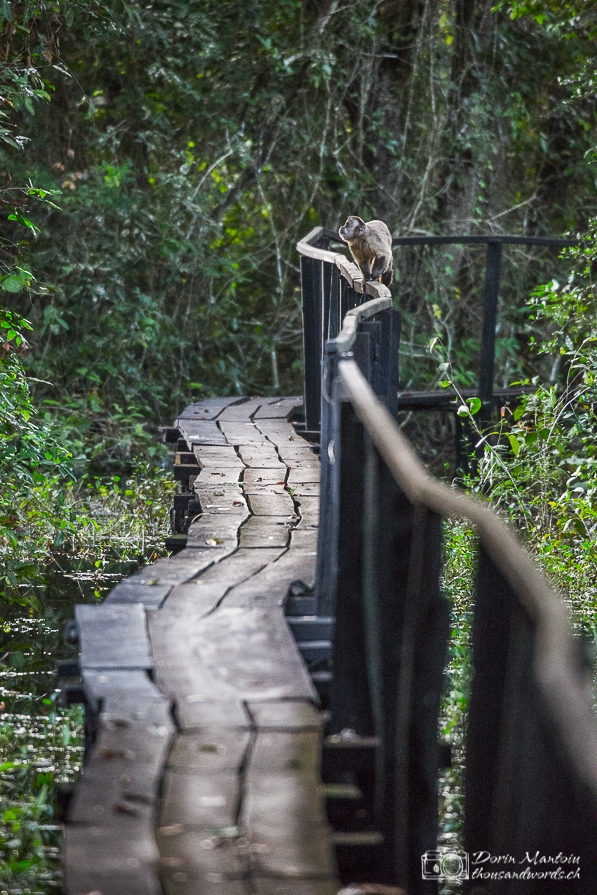 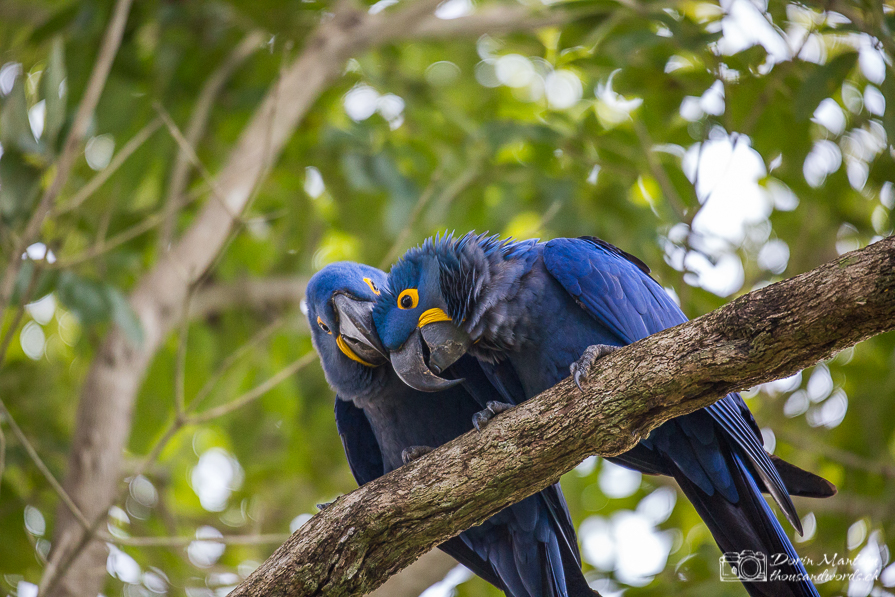 « Iguaçu the wet one
Pantanal part2 »